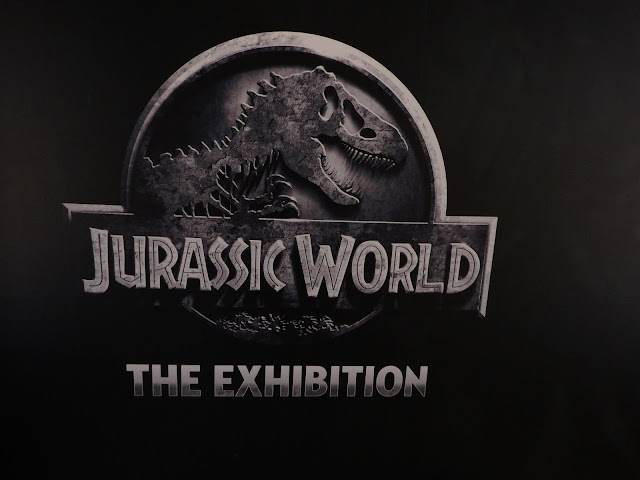 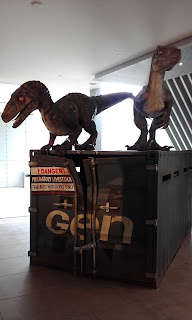 The 4th highest grossing film of all time, Jurassic World was always going to spawn a lot of merchandise, and the largest and possibly greatest is touring the world as we speak. Opening at Australia’s Museum of Victoria (and currently on display at the Franklin Institute in Philadelphia), I was lucky enough to see Jurassic World: The Exhibit before it finished its run in Melbourne. 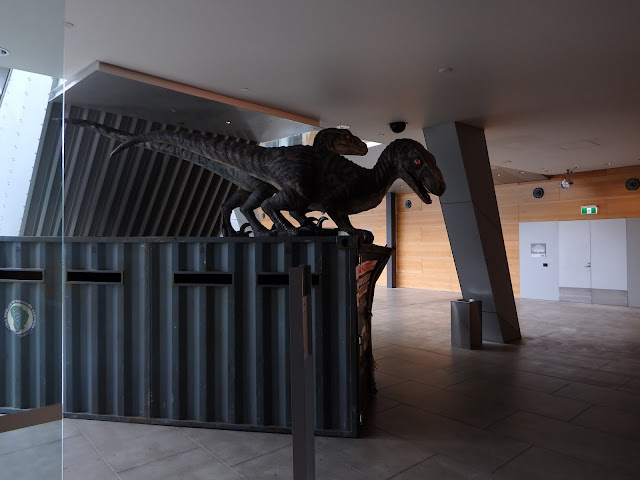 The Journey is a clever one. To start with, I found myself lining up outside the exhibit with a handful of people  near a couple of life-like Velociraptors that had seemingly escaped and were hanging around a shipping container. I can only assume this is where the park was holding the goats it feeds the T.rex. 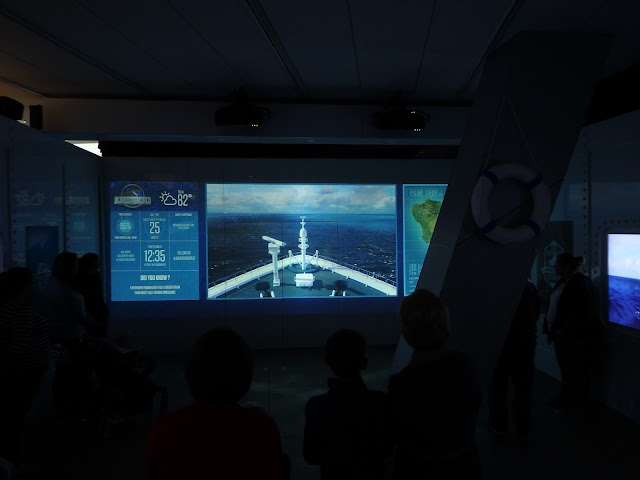 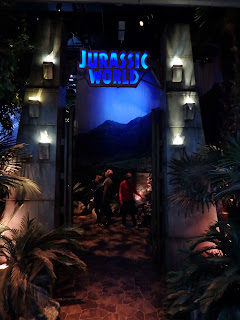 When it is time to enter, the first thing you find yourself in is one of the vessels sailing across to the island of Isla Nublar. You learn about weather conditions on the island and a few of the highlights (in reality you are being creatively held back while the tour before you clears the first exhibit), and after only a few minutes the doors open and you find yourself at the gates to Jurassic World. 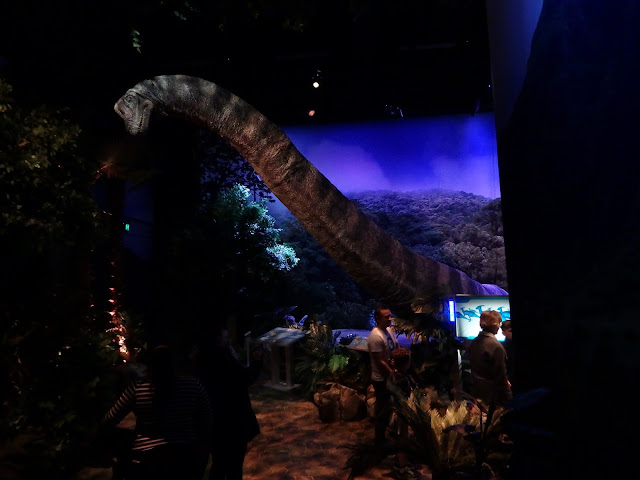 Inside is an enormous wooded area with a life size Brachiosaurus eyeing off and reacting to the gathered crowd. I must admit I did hang back and have a look at everything between groups and I still am not sure if the Brachiosaur was reacting to me or was on a set pattern. Either way, it was pretty cool. 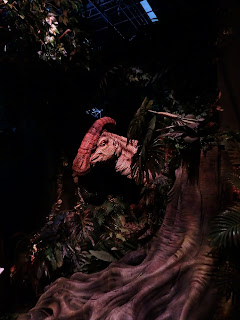 Something to keep an eye out for is the Parasaurolophus exhibit. When I first walked past the dinosaur was moving and doing stuff far back in its display, but later I noticed the dinosaur comes right out and interacts.


Next is the enormous (and possibly oversized) Pachyrhinosaurus in its pen. I was amazed at the range of motion this one exhibited and was happy to stand there for some time and watch, but there was more of the park to be explored and I was off. 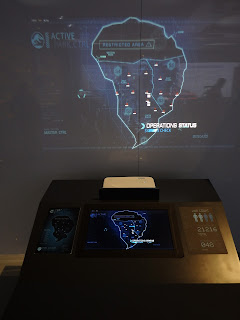 Soon you enter the Jurassic World’s center of operations. Here you could explore the technology that helped create the park, and you get to interact a number of displays and even help create your own dinosaurs. 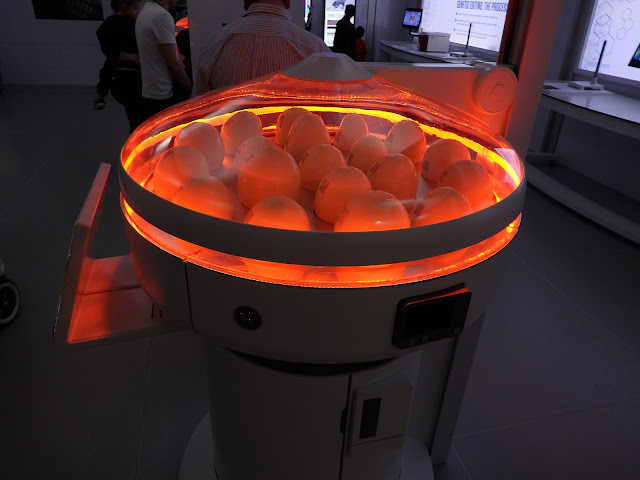 It took me a while to notice at the far end there was a large screen counting down to what has to be the jewel of the display, the Tyrannosaurus rex paddock. 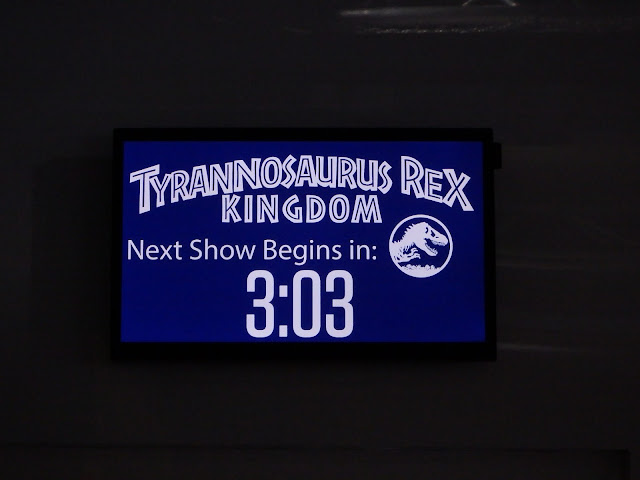 Once the gates to the paddock opened you walk along a security fence with a truck at the far end. Here you wait and watch as a simulated storm hits the park and, a lightning flash reveals the T.rex. 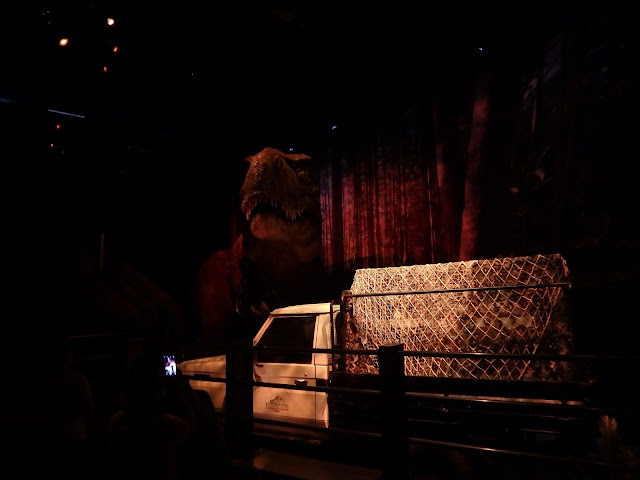 It stalks forward, investigates the truck, almost flips it over, roars a few times, possibly eats a goat (that could be my imagination), then heads back. I loved it- I loved it so much I stayed and watched it a number of times. 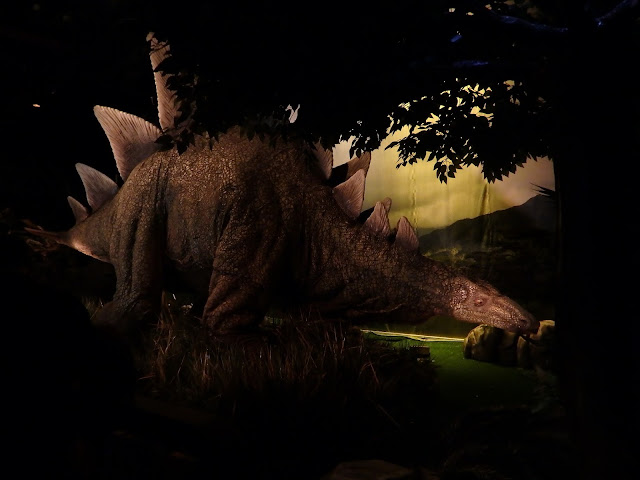 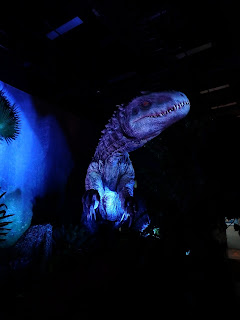 The final display is an enormous stegosaurus in its paddock. Everything is sunshine and fun and a pleasant video interpreter starts telling you about the dinosaur until a warning klaxon goes off….something is wrong. Suddenly the light changes, the stegosaur goes wild and the Indominus rex escapes its paddock. This is all very exciting and the attack goes for a while so you get to have a good look at both animals, though again you could also stay and watch it a few times. 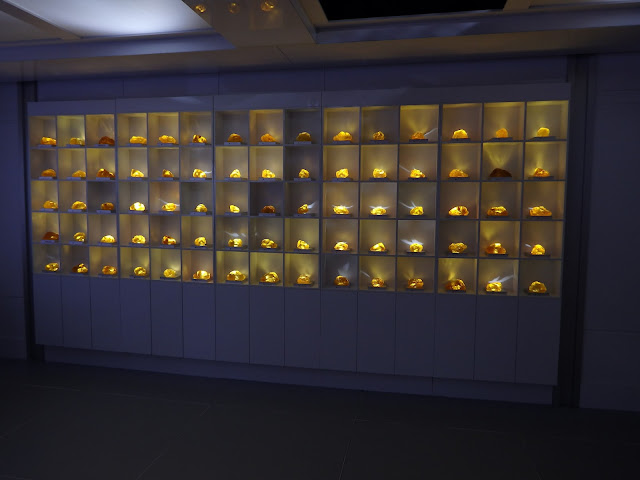 This is almost the end of the exhibit. There is an exhibit display that explains a lot of the science behind the park and the dinosaurs; we also got a rundown of Australian dinosaurs, something I am sure the museum had put together and not part of the actual exhibit. 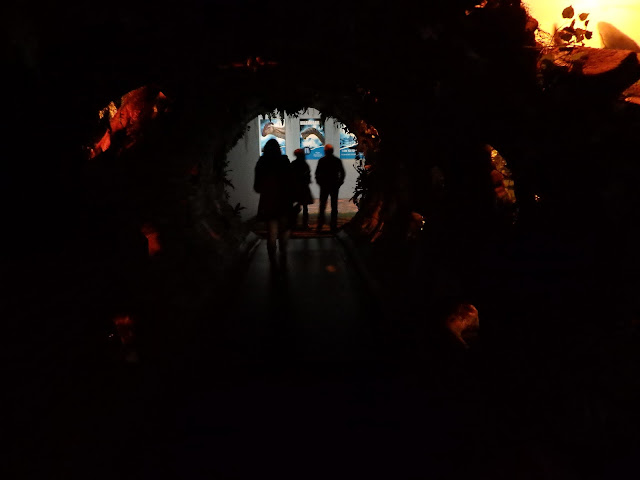 I liked it, a lot. The animatronics or top shelf and show a wide range of motion. There are also some clever pieces that add to the experience, and there is also more merchandise for sale in the shop than you can shake a raptor at.