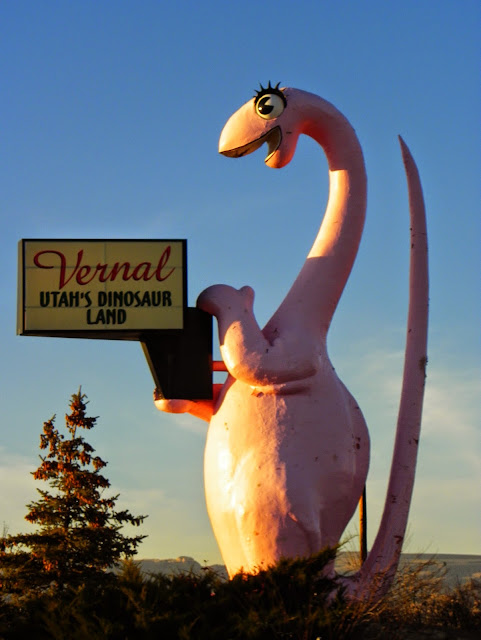 There is a dying art in the US, one that I personally feel will be missed once it’s gone. Being an outsider watching a lot of American TV and movies, one of the things I thought I’d be able to see a lot of would be roadside attractions. Now In Australia we have our fair share of big things. We have the Big Banana, the Big Pineapple, the Big Merino, the Big Prawn etc., so driving around the US I was looking forward to seeing some of the old time roadside attractions there- especially the dinosaur ones. 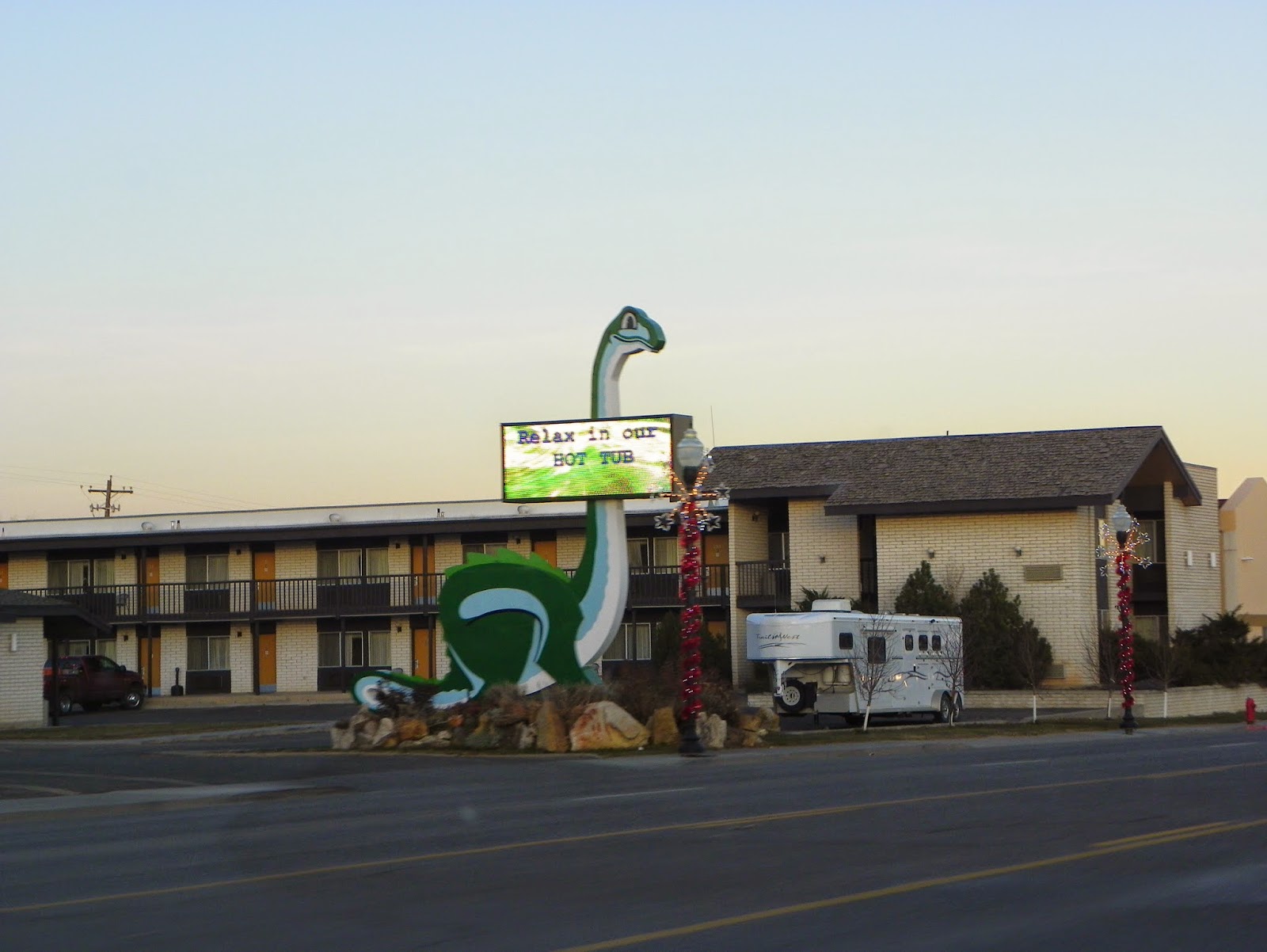 Sadly over the last few years these kooky, kitschy attractions have started to disappear. Sure many were made of chicken wire and plaster and were held together with a thick layer of pigeon poo that had been accumulating over the years, and most were about as accurate as something you’d see on the Flintstones- but they were made out of love. Love of dinosaurs, love of giant turnips or love of the local community, hoping a giant thimble was just the thing to bring the tourists in and help the local economy. 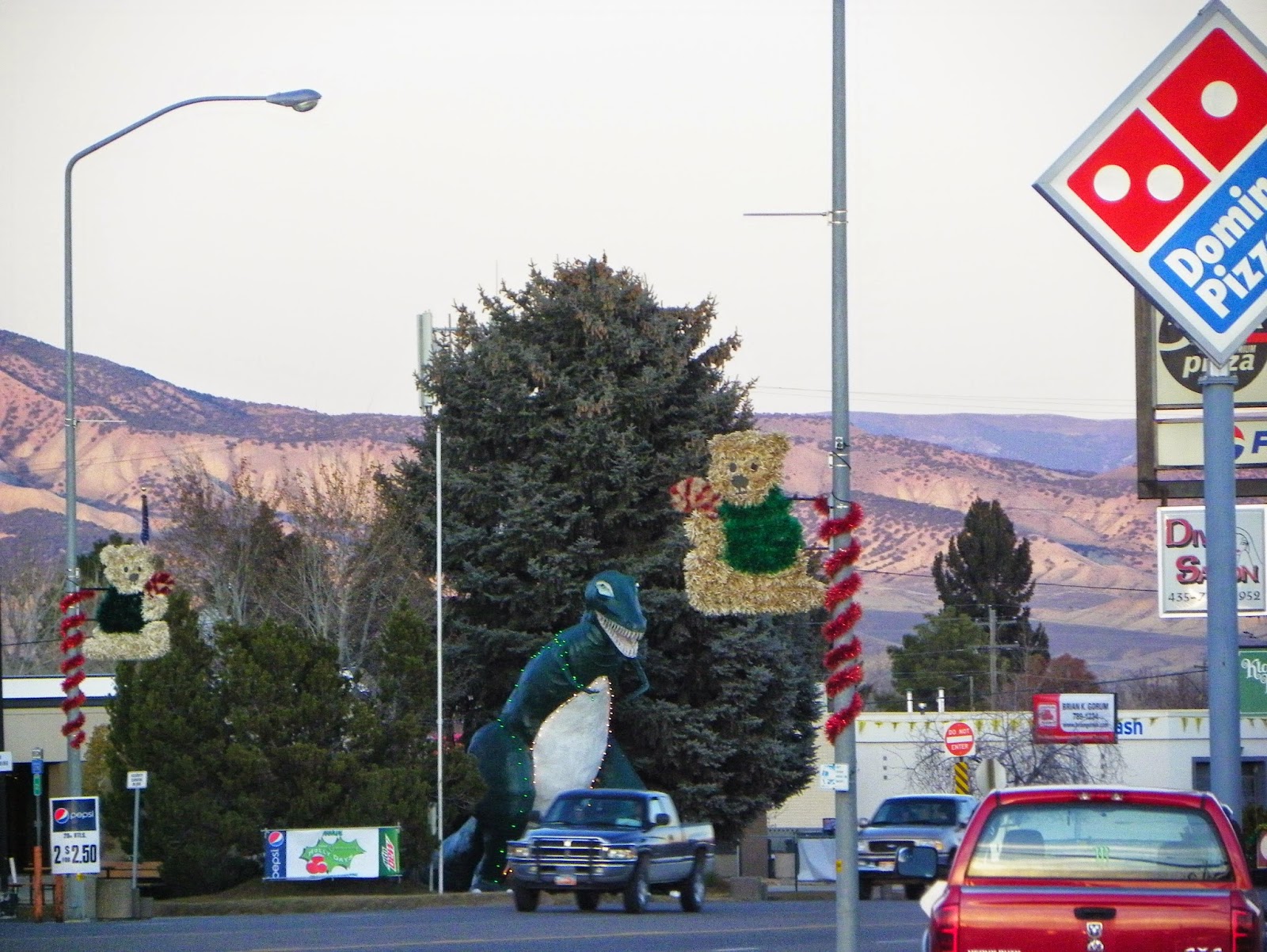 There are a few left I must admit, but there is one place in the US where the streets are gilded by dinosaurs of every kind. Driving up and down the main street you will see all the greats. There are concrete dinosaurs, fluro dinosaurs, plaster dinosaurs, fiberglass dinosaurs, painted dinosaurs and tin dinosaurs. I feel very confident in saying that Vernal in Utah is the world leader in roadside dinosaur attractions. 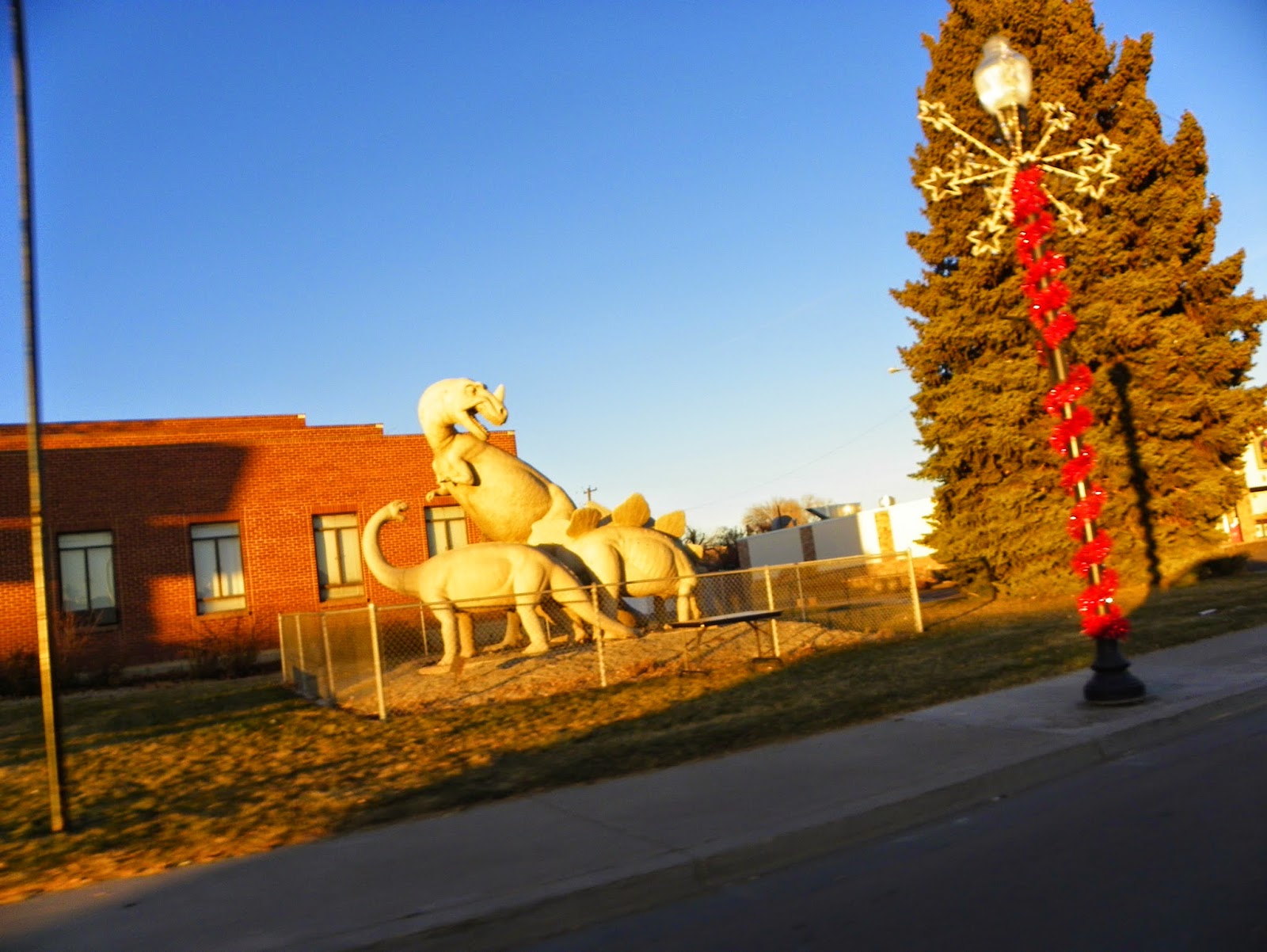 Though we were only passing through and managed only a few drives up and down the main street, I noticed most hotels and businesses had some form of dinosaur hanging out the front beckoning the wary traveller to stop by. There were even dinosaur hotels, though if these were for actual dinosaurs or just joining in the fun I could not say. 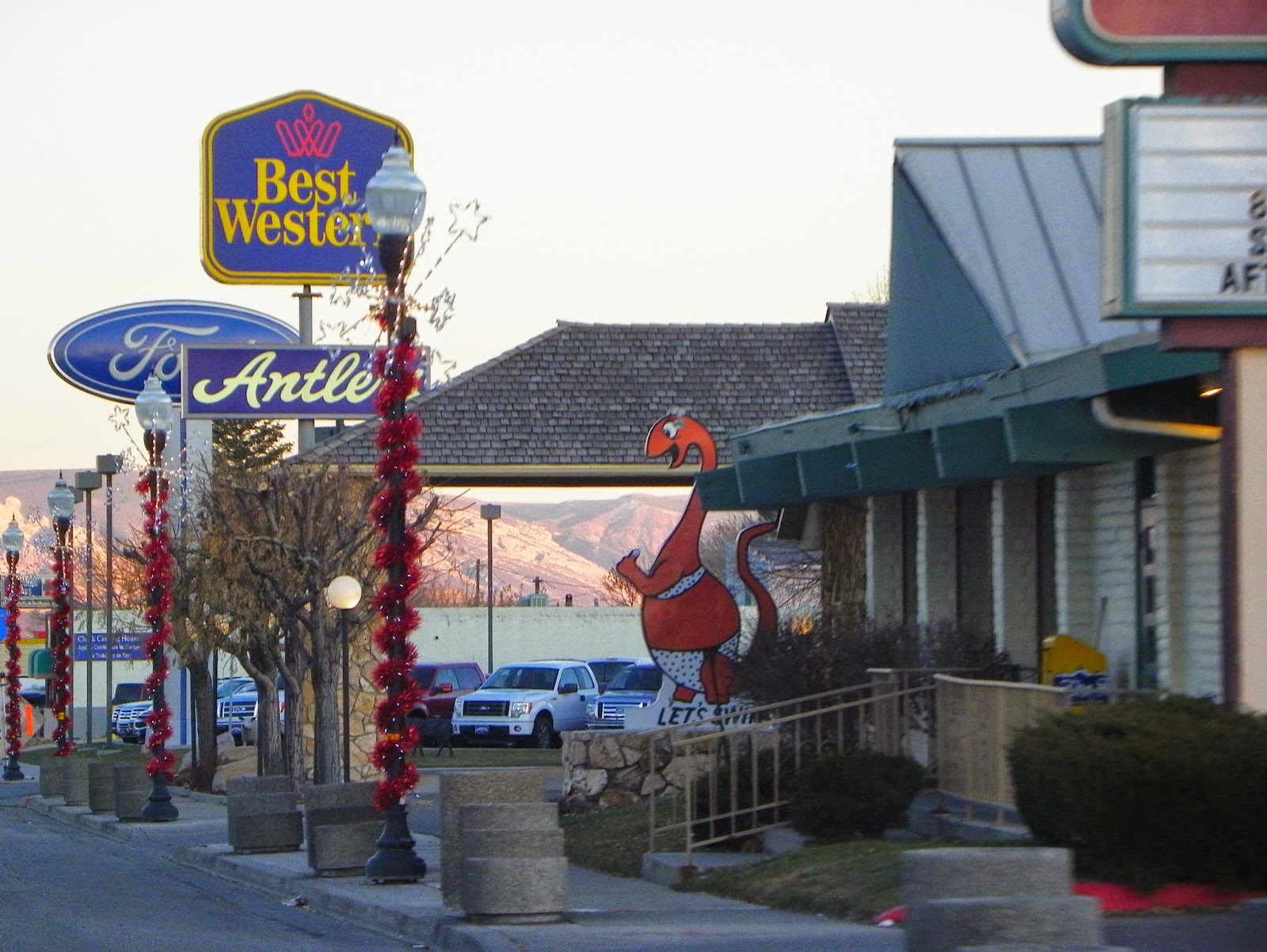 The star of the show (street) is the 40ft ‘Dinah the Pink Dinosaur’. Built in 1958 and originally advertising the Dine-A-Ville hotel, when this went bankrupt and then entire building was pulled down, Dinah was saved and moved to a small park along the town’s main road. 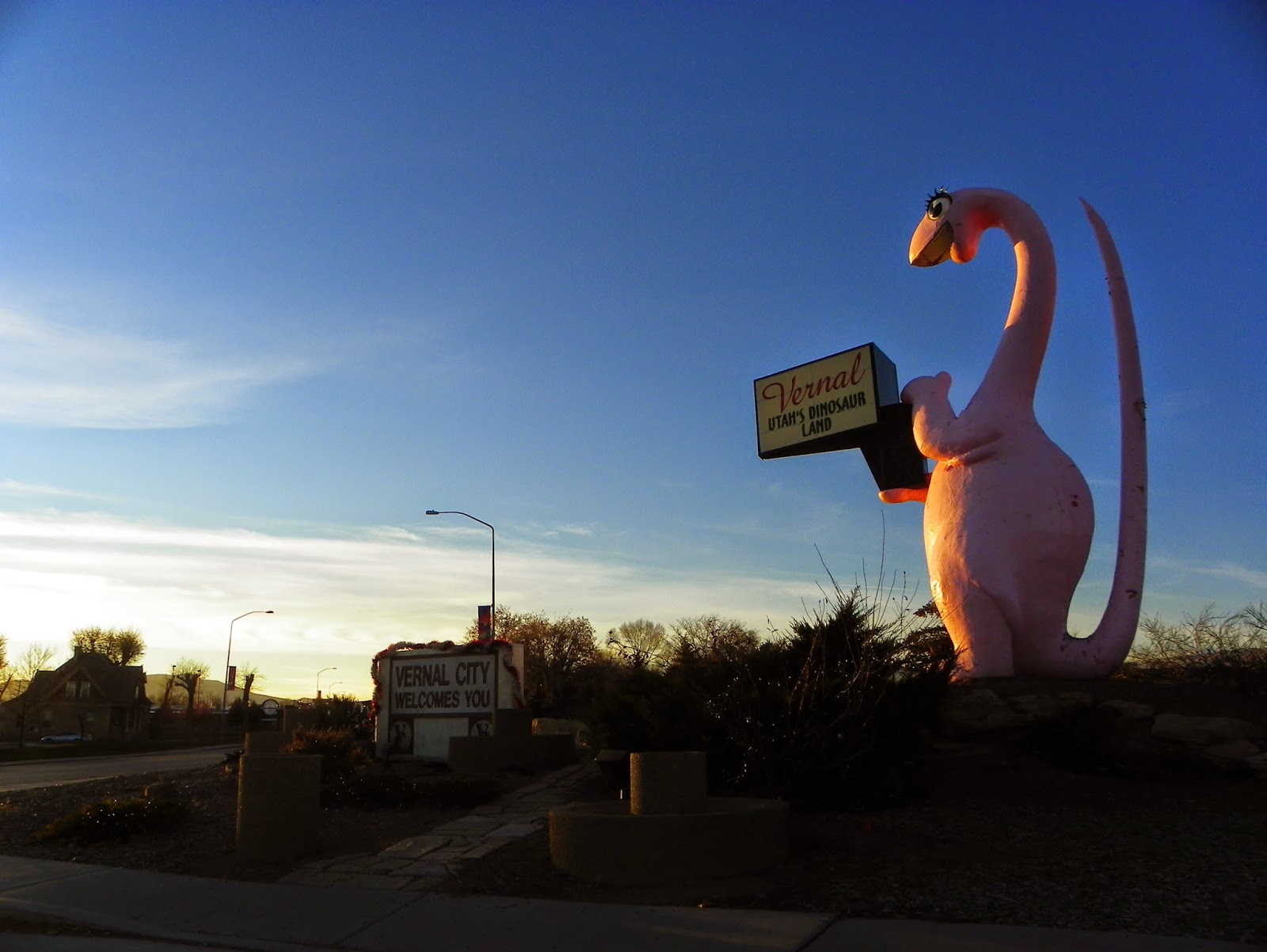 These dinosaurs are not the only reason to visit the town for a dinosaur lover, however. Vernal is home to the Utah Field House of Natural History State Park Museum (which will be featured in a later blog) and is the gateway to the Dinosaur National Monument.
Also check out the Bank of Vernal. This building is likely the first (and certainly the last) building to be mailed entirely through the post and was built in 1916-17. Its owner, noticing that postal rates were going to be cheaper than transport rates for all the building's materials, managed to send over 80,000 items, including all the bricks, through the US postal system. This triggered a change in the law so that today there is a maximum weight that can be sent by an individual everyday through the US post. 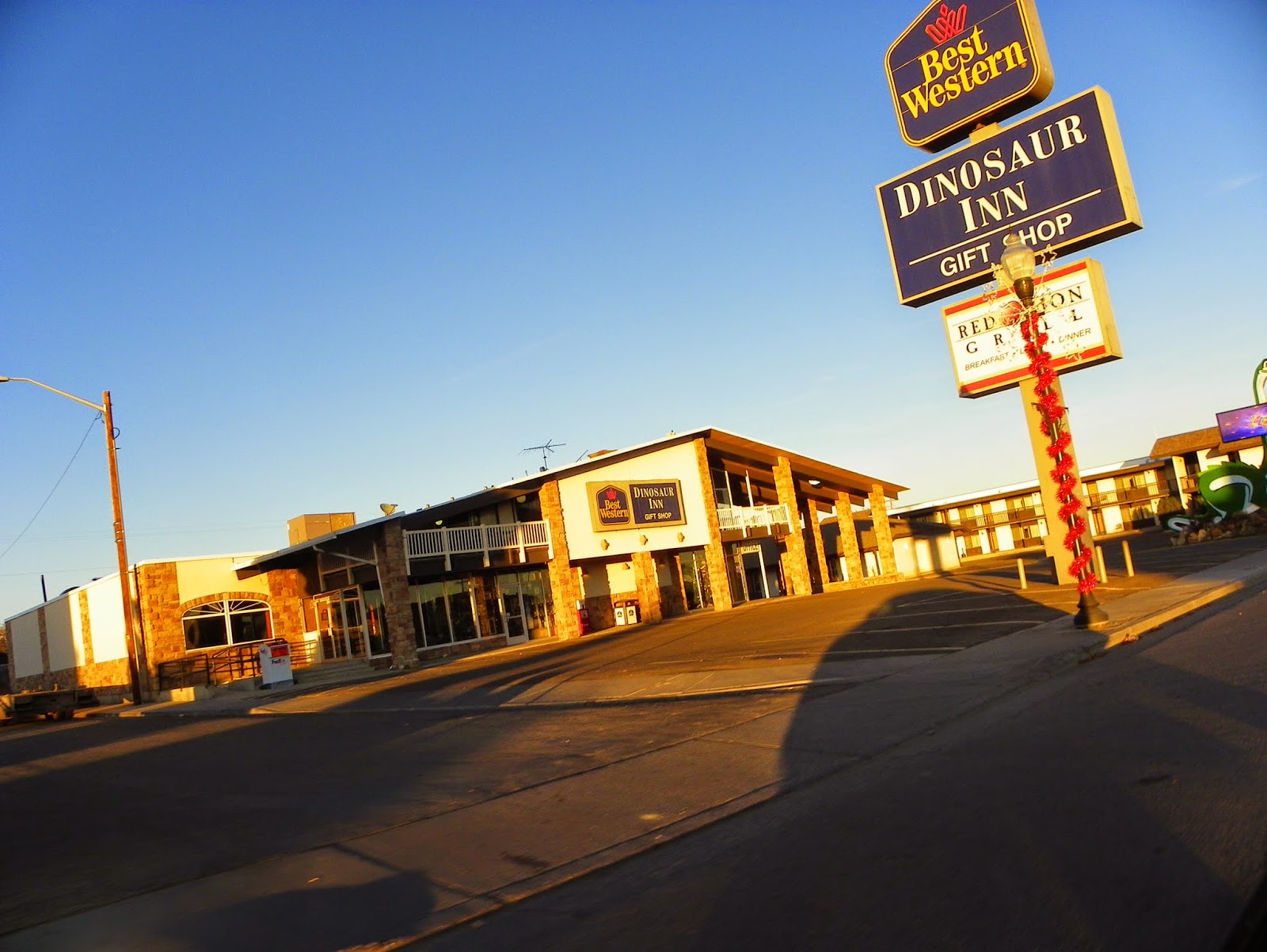 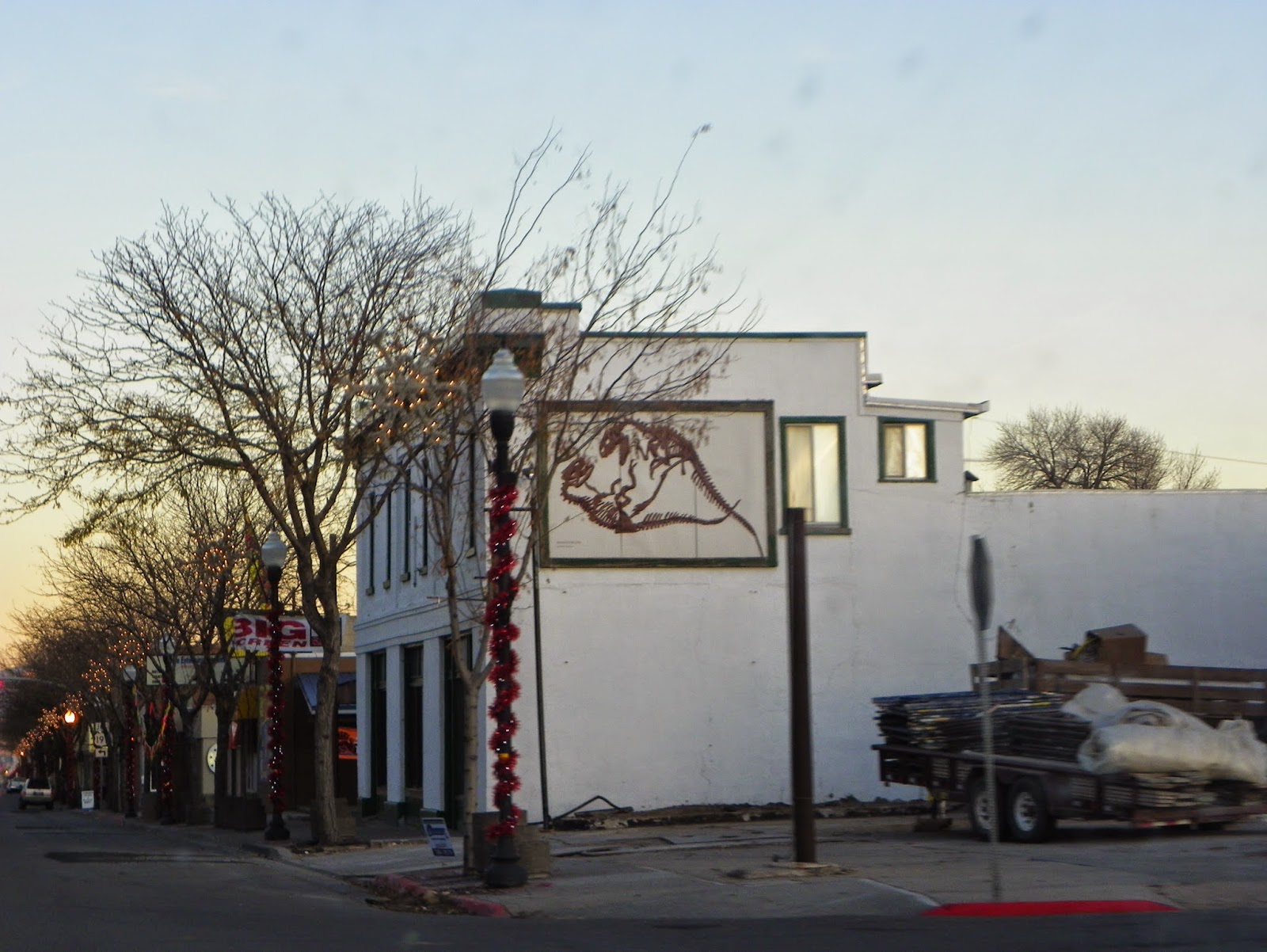 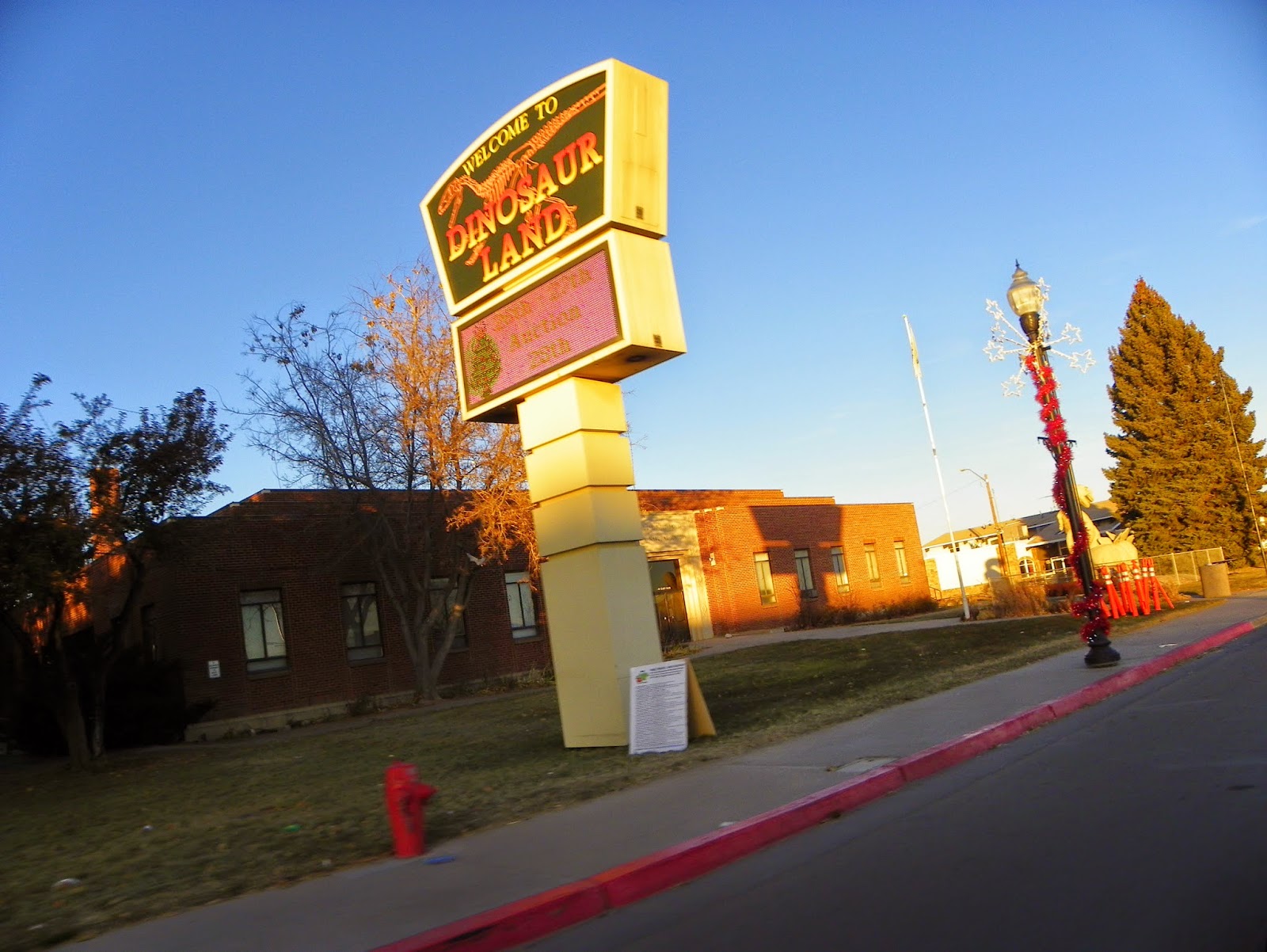