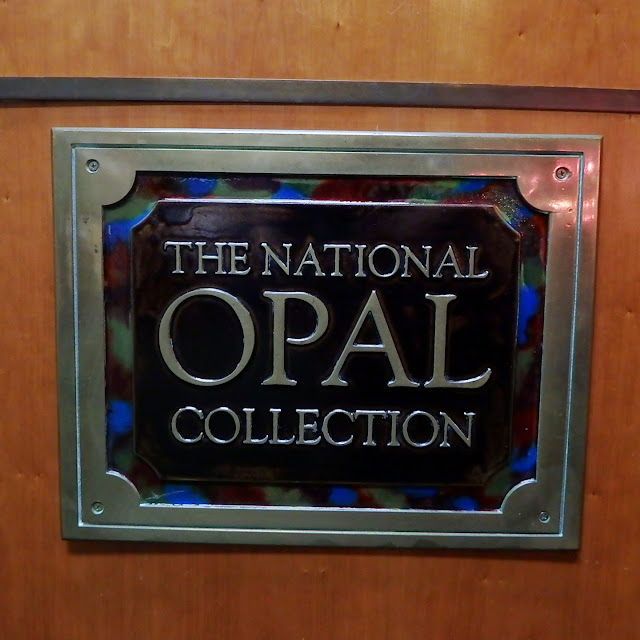 Opal- there is no precious stone in the world that catches the eye the way these stones that Shakespeare called the ‘Queen of Gems’ do. 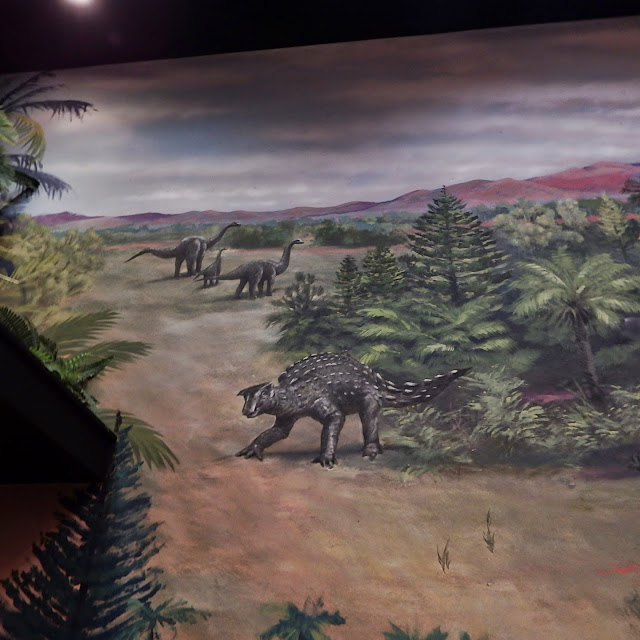 On a continent known for its mineral wealth, Australia’s national gemstone it seems is not a mineral at all as it has few of the characteristics true minerals possess (such as a uniform crystalline structure). Instead Opal is considered a mineraloid, and for dinosaur fans it could be argued it’s the gemstone that could represent the Mesozoic. 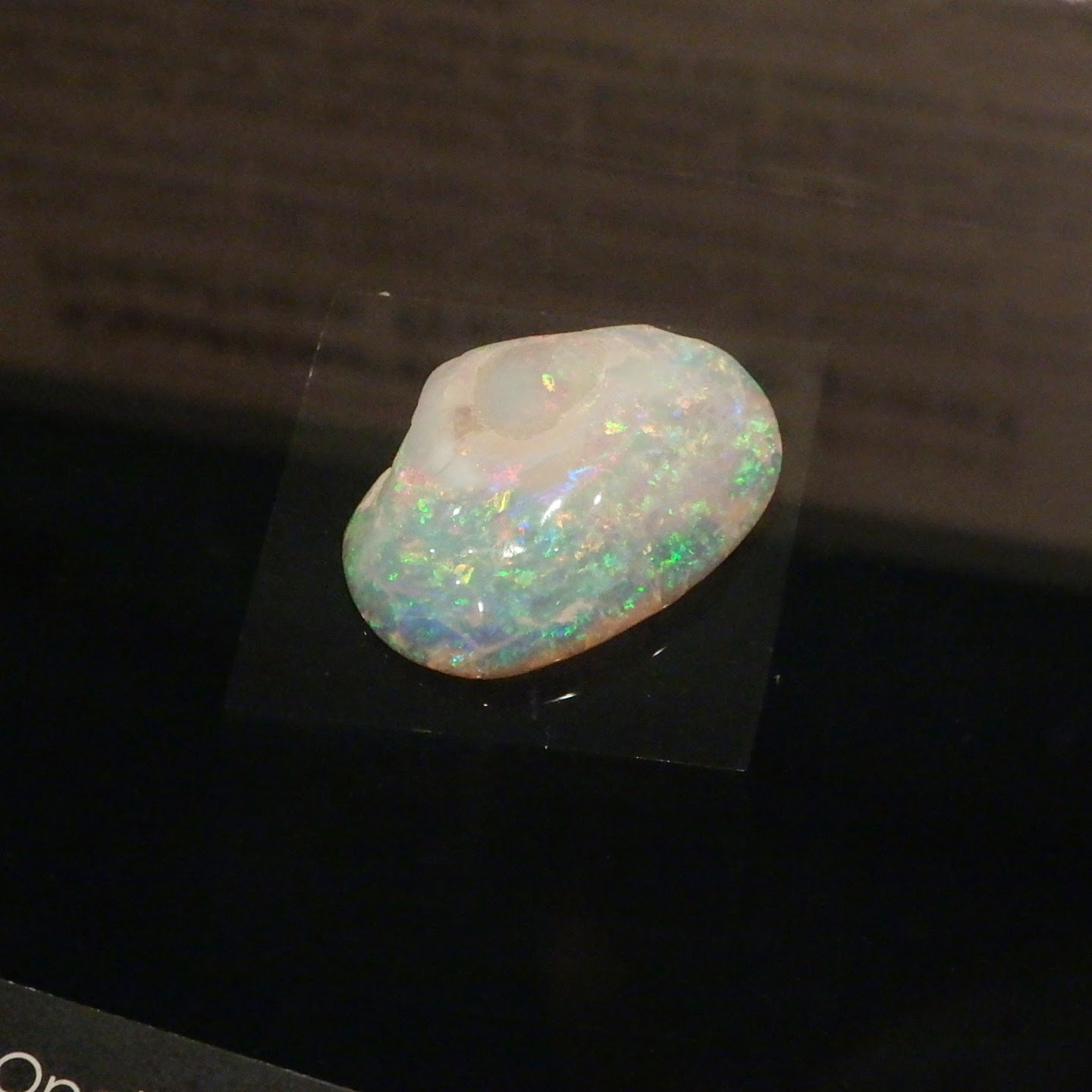 Opal requires very specific geological conditions to form and Australia produces over 95% of the world's opal because in the Late Cretaceous the middle of the continent sat under a warm, shallow ocean. 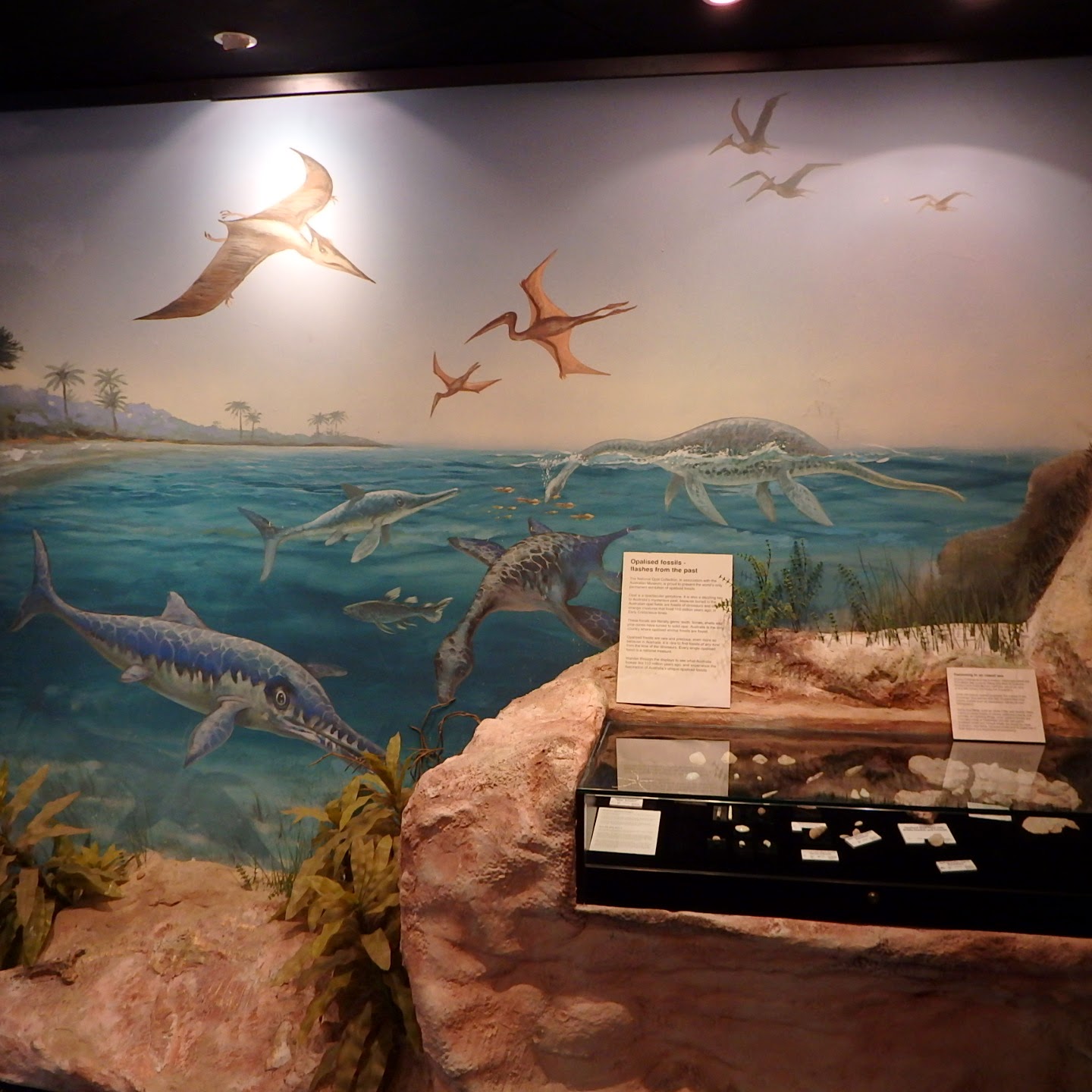 The Eromanga Sea lasted for around 80 million years and produced fine sand rich with silica- a strange substance that can be considered a mineral, but also is produced synthetically and biologically. This silica rich water seeped deep underground (helping form the Great Artesian Basin) and filled any void and coated any fossil it encountered. This silica then took several million years to harden and form opal. 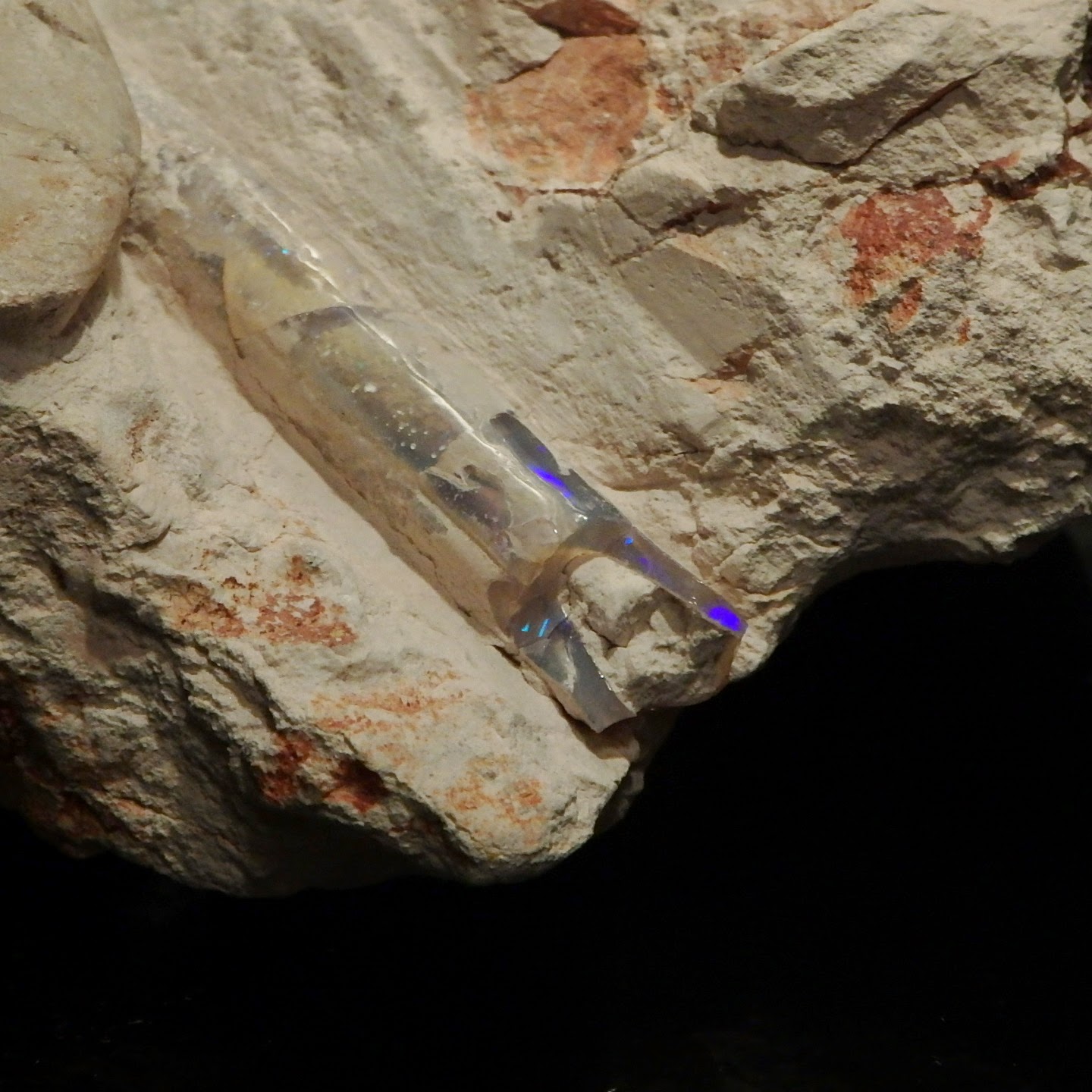 This isn’t the only way opal forms, only the most common. Sometimes bacteria slowly dissolved away biological material such as leaves and shells and left behind silica in the exact shape as the original material.

Because the Eromanga Sea covered such a large distance, the opal it would eventually produce is as diverse as the locations where it can be found. In the flat, hot South Australian town of Coober Pedy (where the vast majority of opal is mined) most of these stones are considered ‘light’ opal and the fossils found here are almost all marine. Lightning Ridge in NSW is not only the birthplace of Mr. Crocodile Dundee himself, Paul Hogan, but the most fantastic ‘Black’ opal. Its fossils seem to suggest the region was a forest with large rivers running down to the inland sea. Queensland has not only the most productive dinosaur fossil fields in Australia, but also produces ‘boulder’ opal. Both marine and terrestrial fossils are found in this location, indicating this part of Queensland might have once been a series of islands In Australia it’s possible to see great examples of all three types, along with a number of fantastic opalised fossils at the National Opal Collection. This has two localities, one in Melbourne (which I visited years ago) and the second in Sydney. Both have free entry and are attached to a large opal showroom where visitors can purchase their own gemstone to take home. 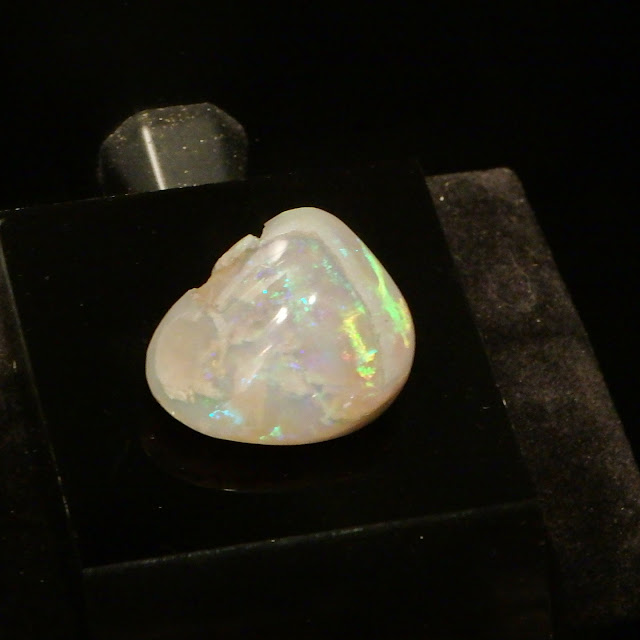 Though not the largest museums in the world, they are well presented with both life-like models of dinosaurs, pterosaurs and the world’s most famous opalised fossil, Steropodon. These are great to see, but in this museum it’s all about the opals, and Sydney’s National Opal Museum has plenty to see. 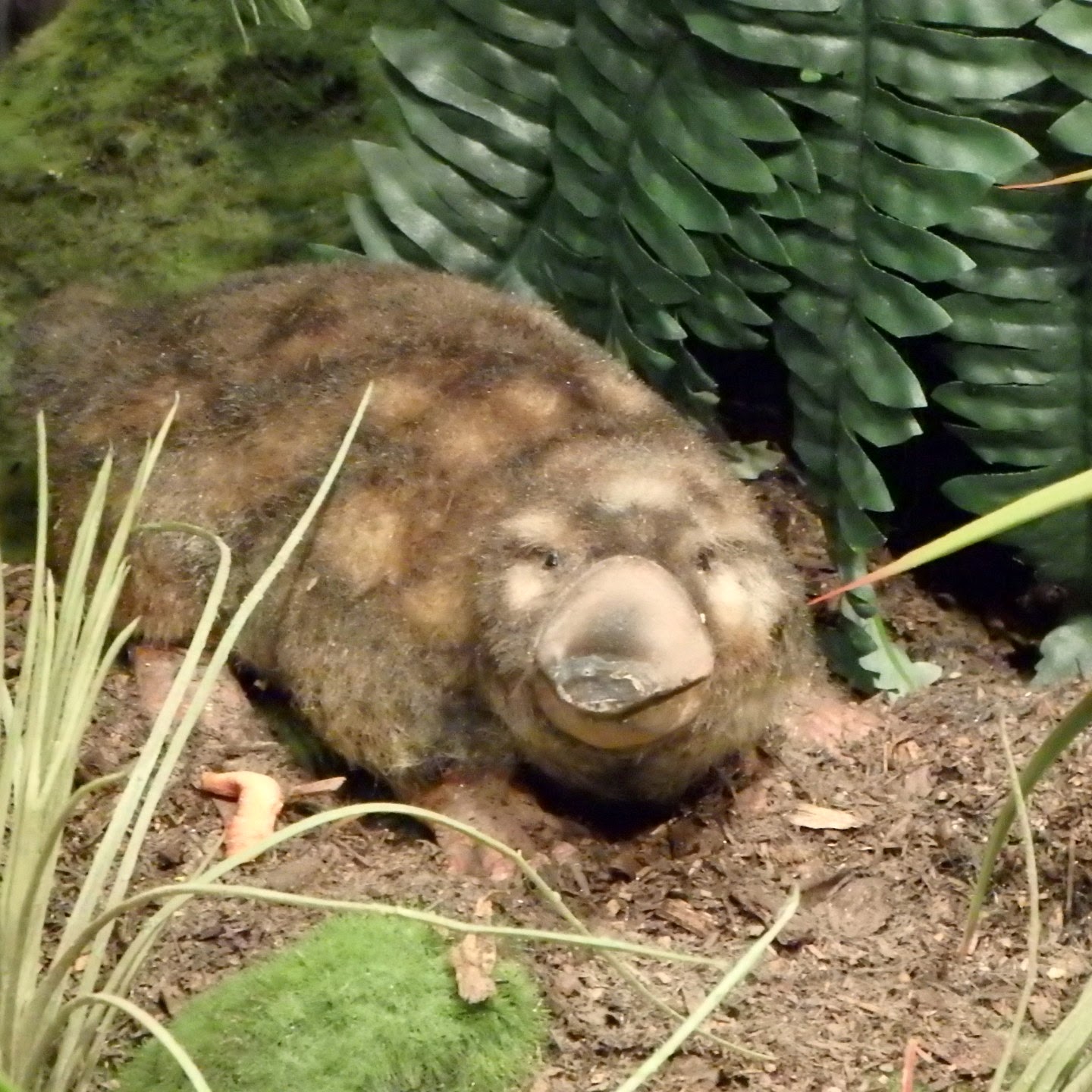 There are the usual opal shells, a few starfish and the long, tooth-like inner guards from the extinct cephalopods called belemnites. The museum also has a large number of turtle fossils, along with crocodile scales and the teeth of large lungfish, all opalised. 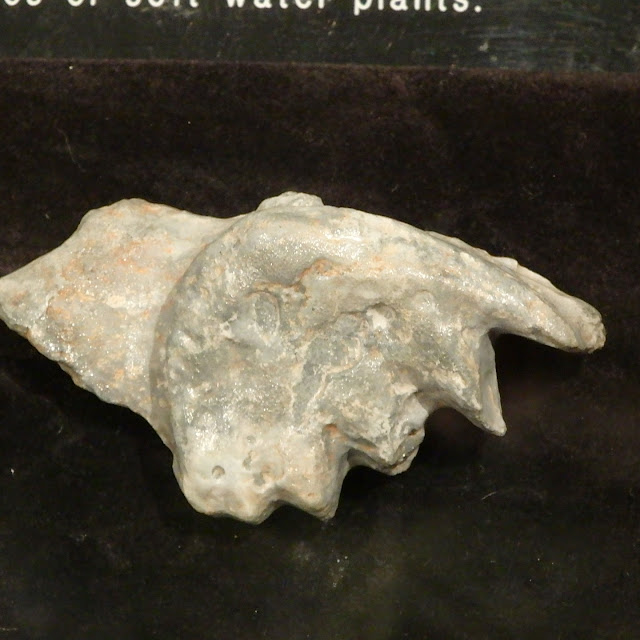 The most famous fossil on display is ‘Nessie’, a near complete juvenile plesiosaur (possibly a pliosaur) found at Andamooka, South Australia, in 1968 and has been placed under Australia’s National Heritage Laws. 50% of Nessie’s fossils have opalised, and in the marine reptiles stomach were discovered gastroliths, belemnite guards and fish bones- many of which had opalised too. 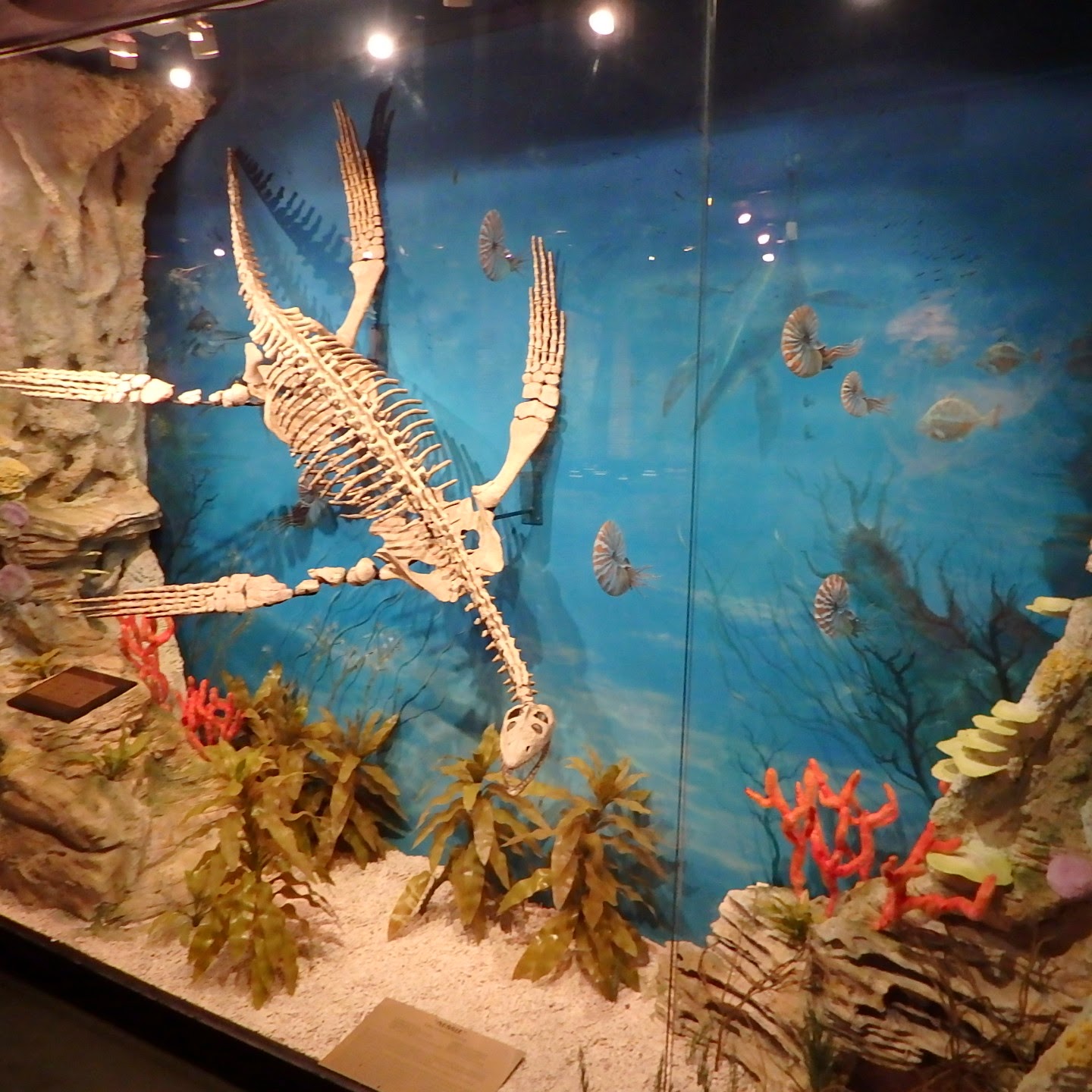 Though far from complete, the museum hosts a large number of opalised dinosaur fossils as well. Amongst the ribs, vertebra and a possible dinosaur claw are a number of large theropod teeth. These were from a medium size carnivore, though due to the nature of the opalisation these fossils do not contain many details to let us work out exactly what sort of theropod they came from. 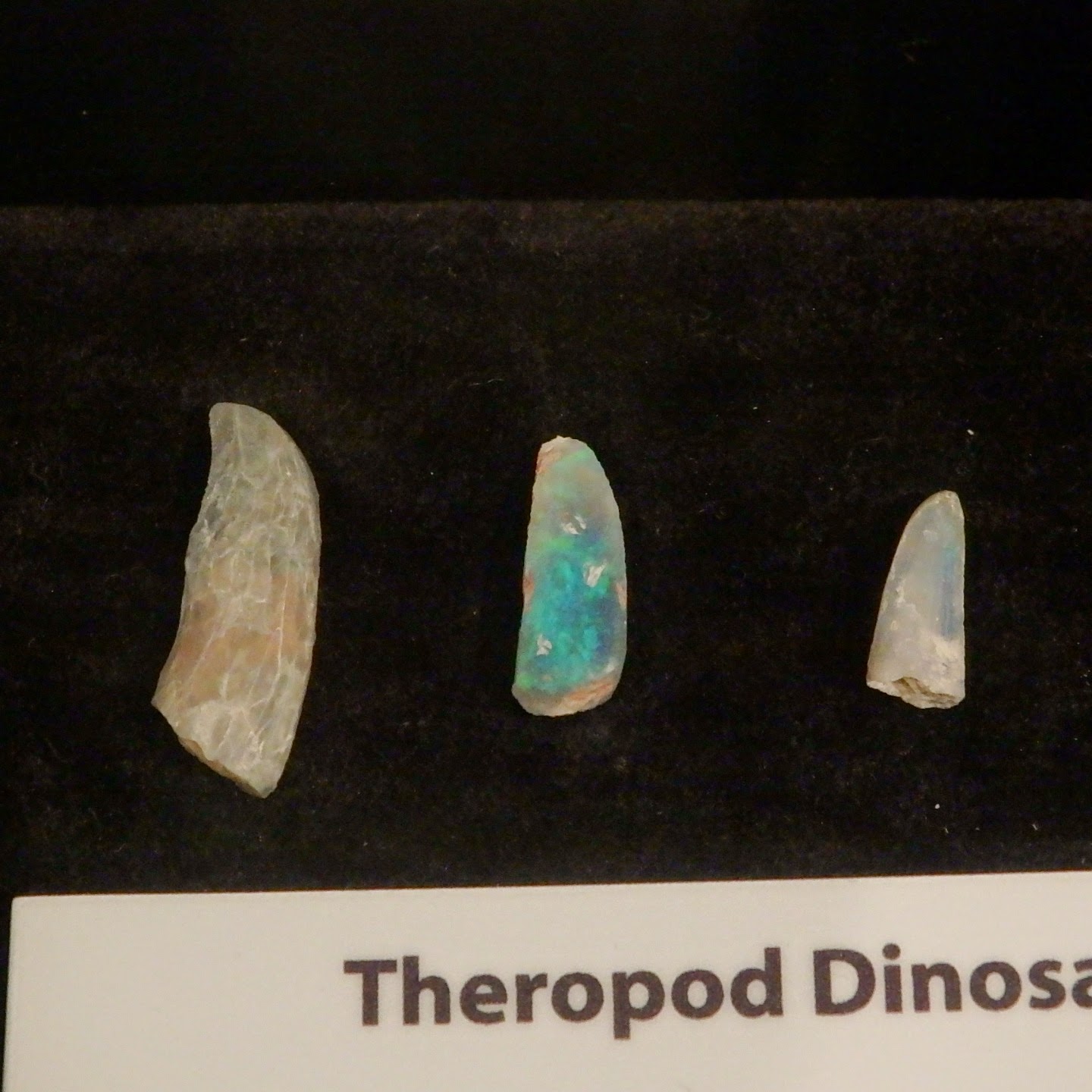 Though far from the only museum hosting opalised fossils (Bathurst, the National Dinosaur Museum and the South Australian Museum has opals on display), Australia’s National Opal Collection contains a number of great specimens and well worth a look. 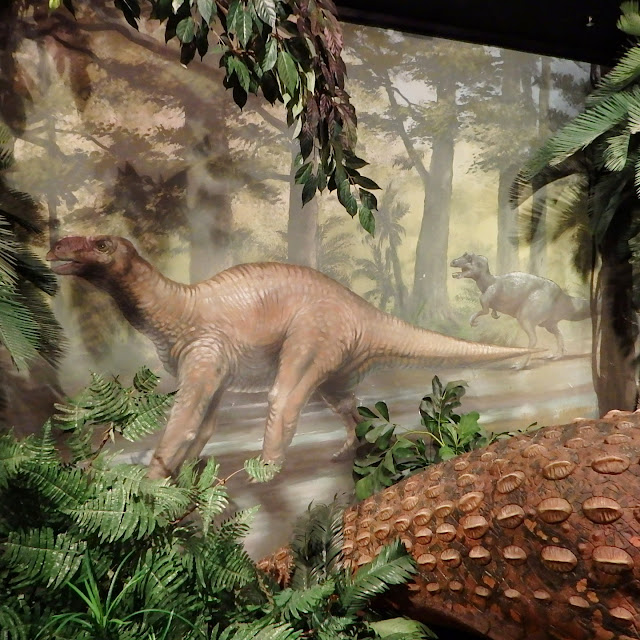 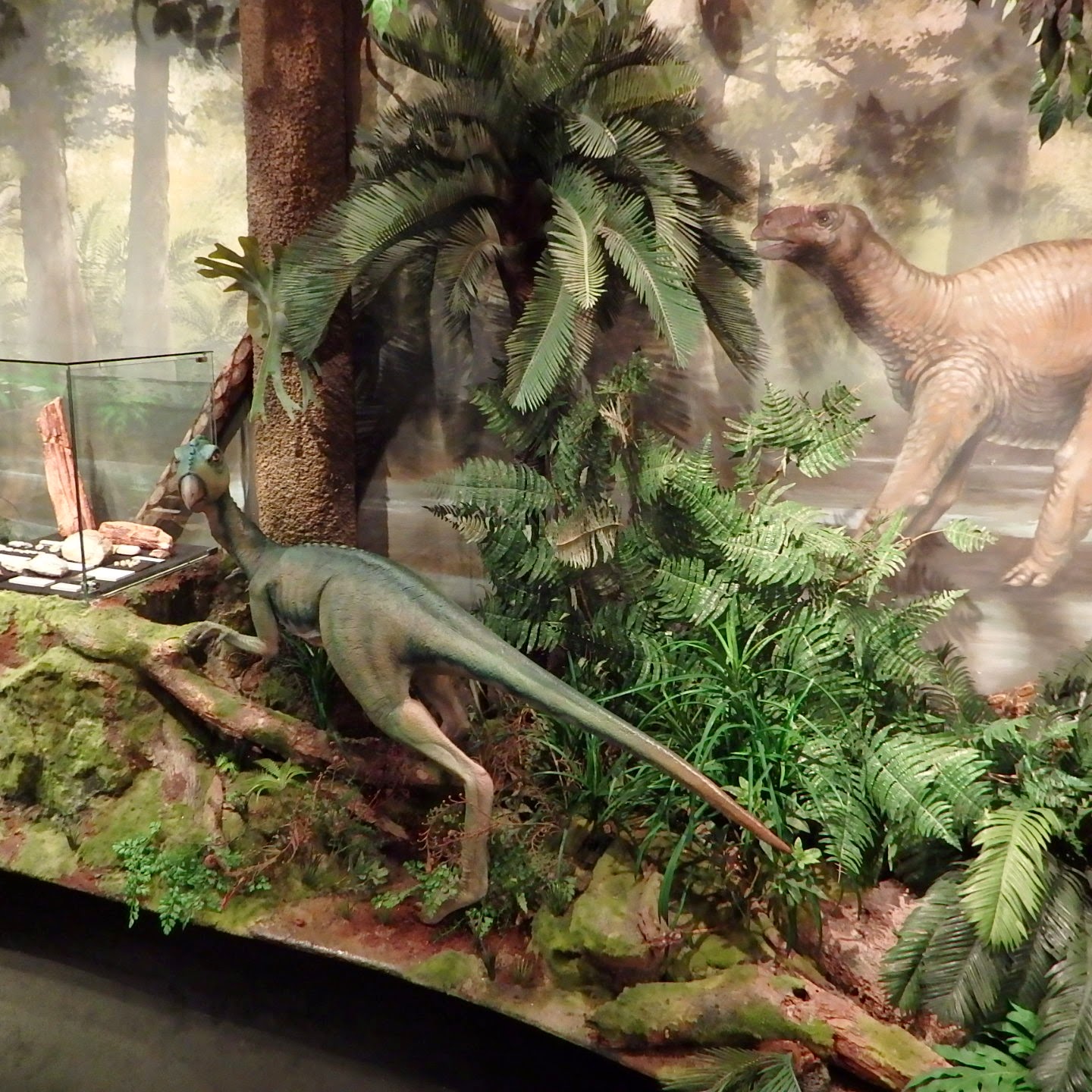 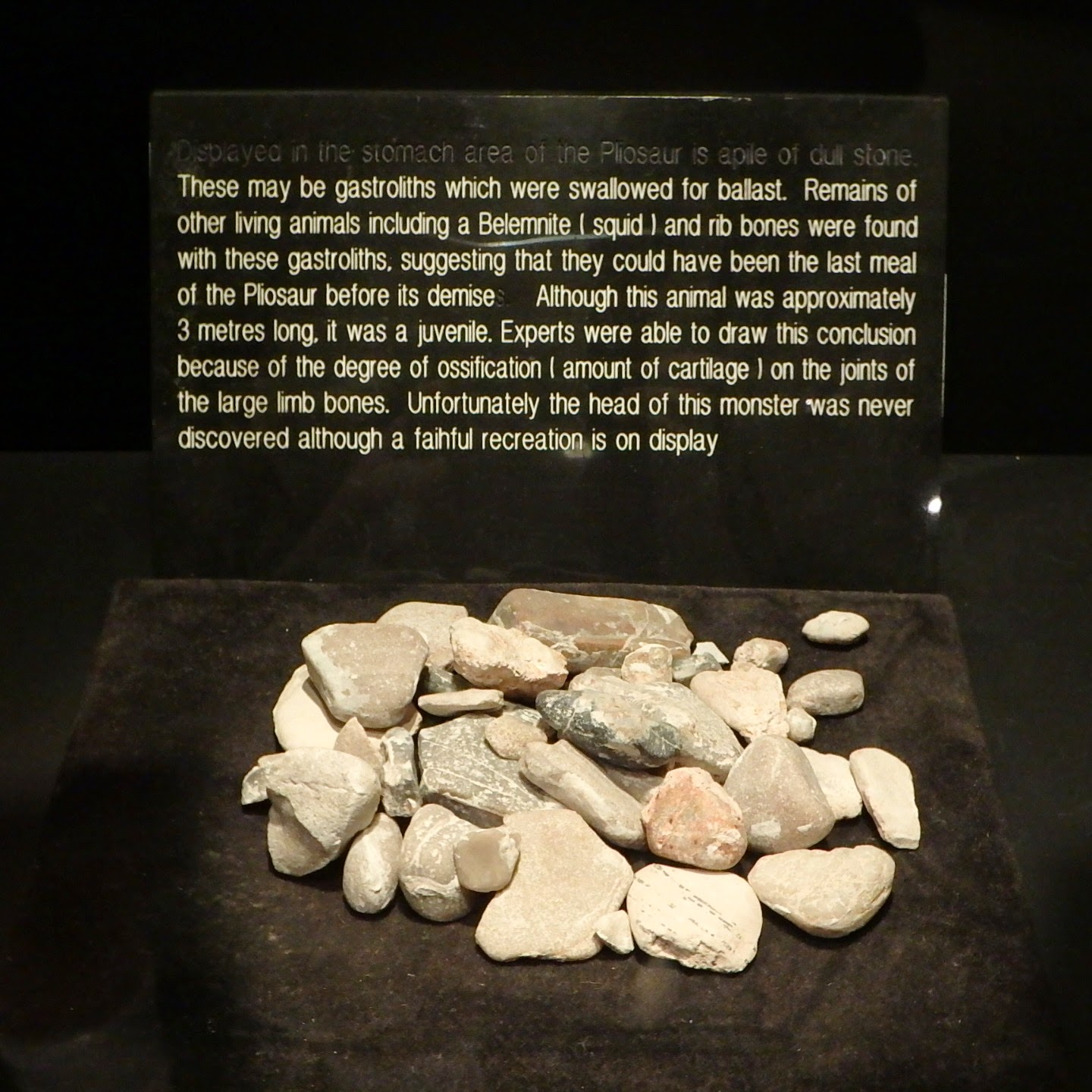 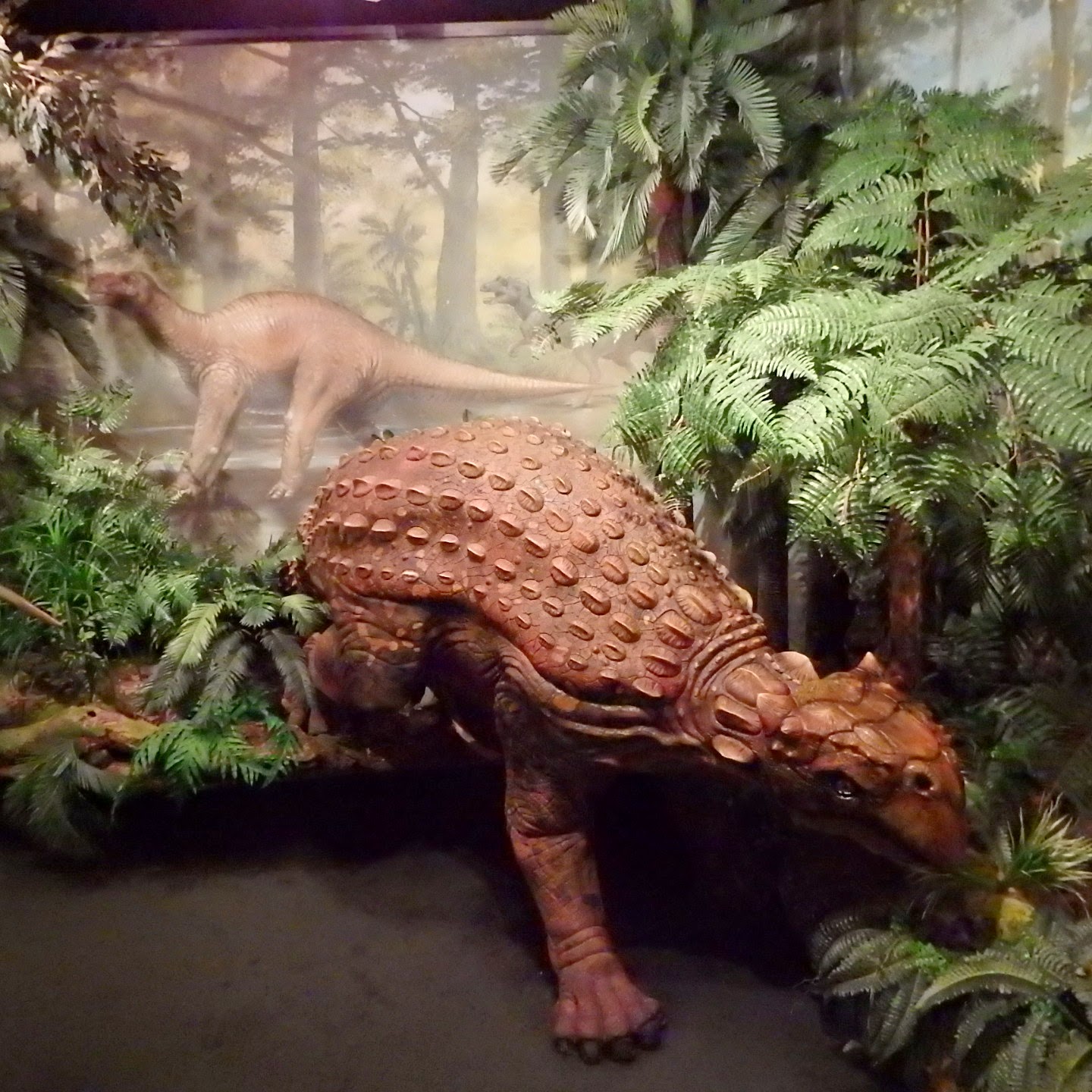 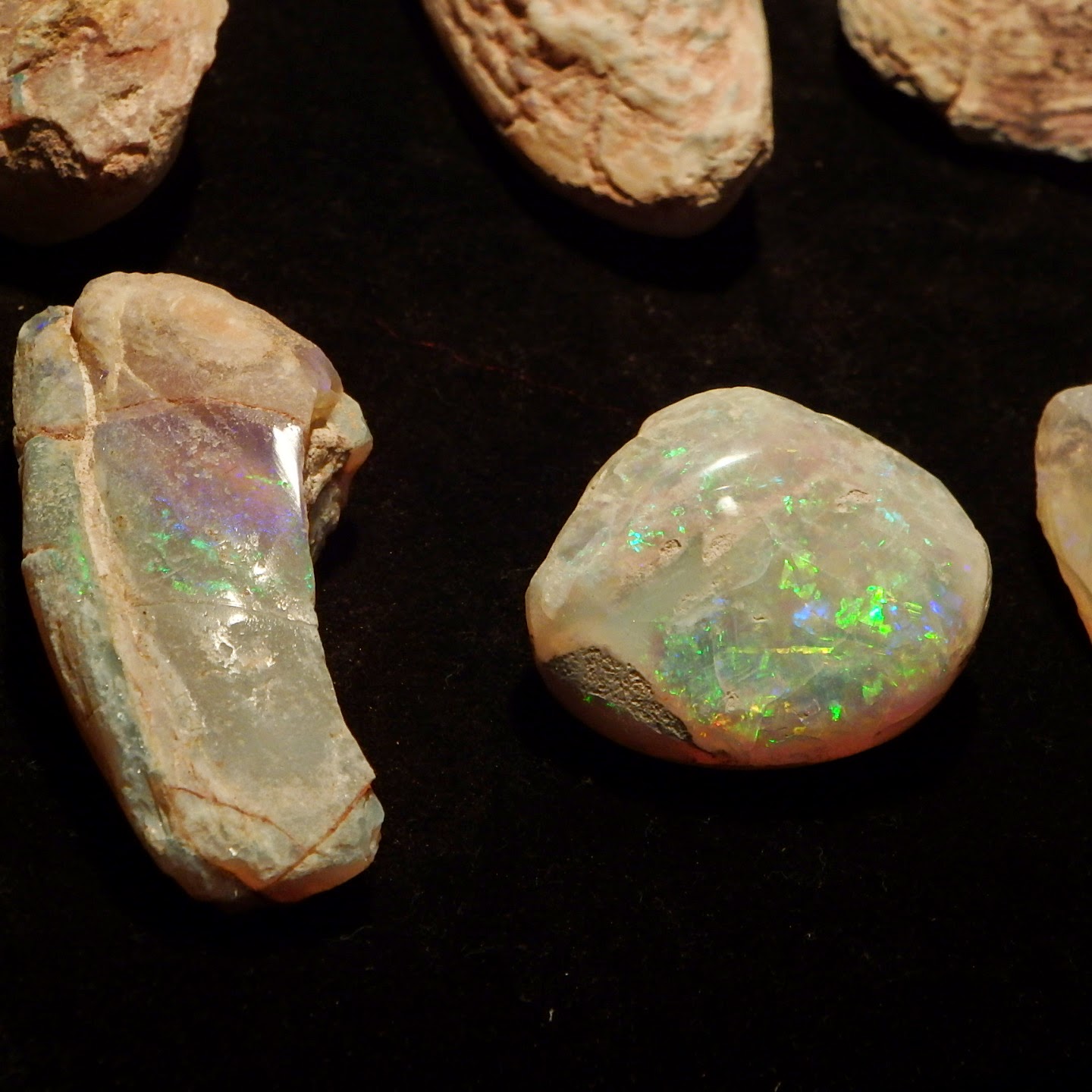 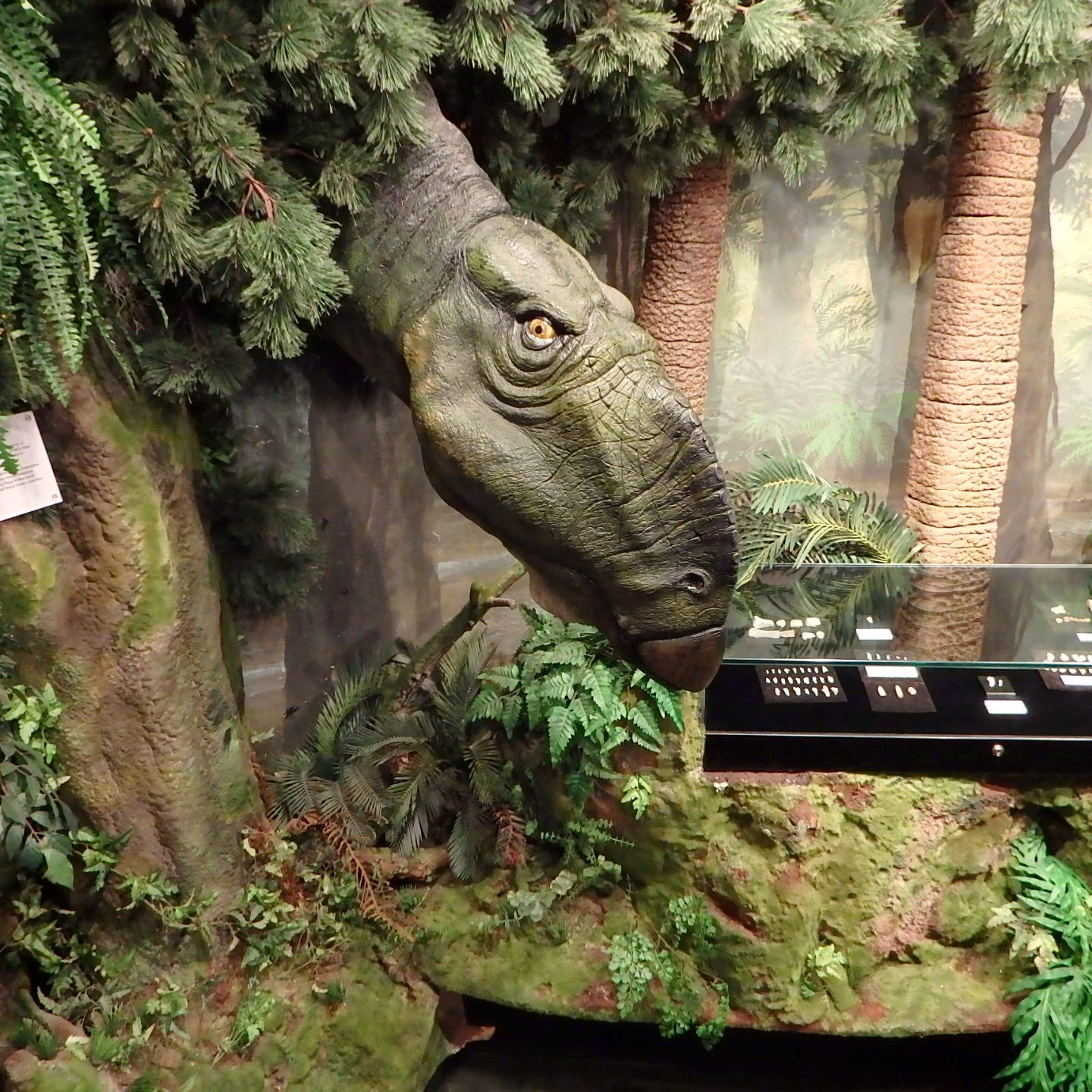