Journey through Prehistoric NSW. Part one

Organising a bunch of meetings at a number of rural museums, some of the staff of the National Dinosaur Museum jumped in the car for the (roughly) 800 km round trip to visit the Age of Fishes museum at Canowindra, the Australia Fossil and Mineral museum at Bathurst and the Wellington Caves in Wellington. 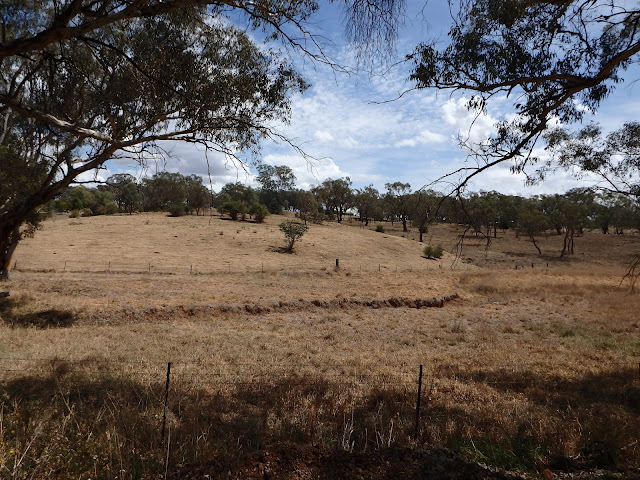 Heading out into rural NSW on a hot 36 °C (97 °F) day, we drove through Cowra, a region where the armoured placoderm fish, Cowralepis, was unearthed in Devonian rocks. After a meeting with the great staff at the Age of Fishes (more about this later), we headed for Bathurst but found ourselves somehow closer to Wellington. 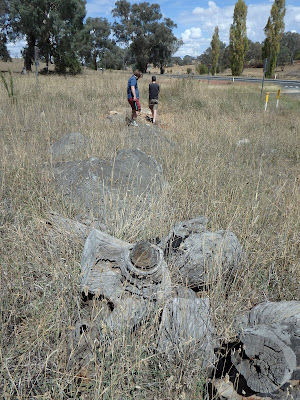 Deciding to visit here first, then the Bathurst museum on the way home, we headed north and soon found ourselves driving through a strange landscape of sunburnt grasses covering rolling hills.


We soon drove through a small town, Molong, and on the other side began noticing large, weathered boulders crowning a number of hills; boulders that looked a lot like limestone- a renowned fossiliferous rock. When some of these appeared on the roadside of the barbed wire fences we had been driving beside since the town, we all agreed it was time to get out and have a look. 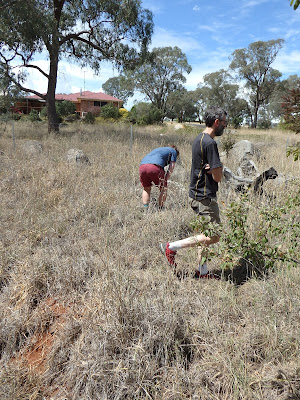 Parking the car under the nearest tree to keep the thing out of the sun, we began inspecting the closest rocks. These were human sized boulders (at least, they may have been, they were partially buried), made up of a very hard, grey rock. Though these had mostly plain rock faces (there were a few interesting inclusions), we soon came across a large limestone boulder of a lighter colour. Here, we struck pay dirt. 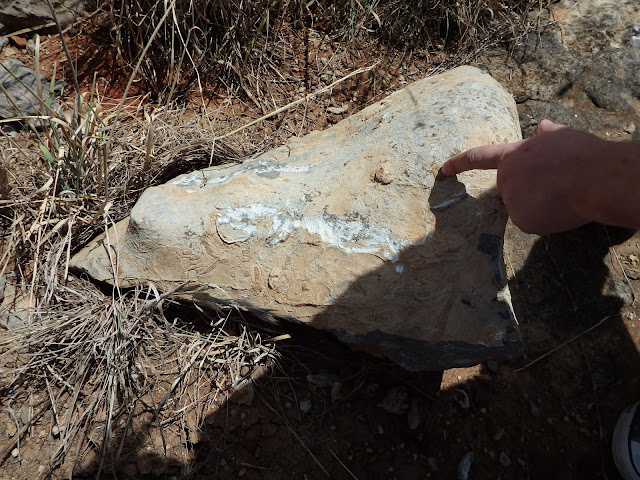 This boulder was not only full of corals and shards of shell, there was a great layer of bryozoans, a marine creature that lives in colonies and resembles coral, though they are not actually corals. Sadly, this rock was far too large to place in the car and bring back to the museum, so we locked in the location on the GPS and will be heading back out to pick up the piece to put on display at the NDM, so keep an eye out for that. 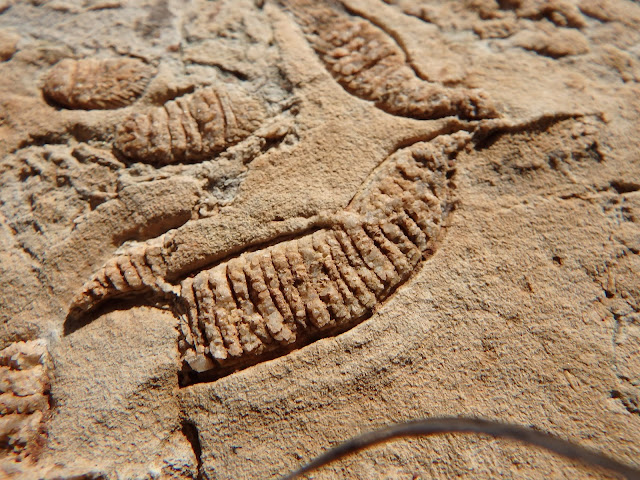 Time was short so we were soon on the road and heading for the Wellington Caves, which I will cover in the next article.  I have done a little investigating, and the location seems to have been a large reef system during the Silurian, but we will hopefully know more once we bring the rock back. 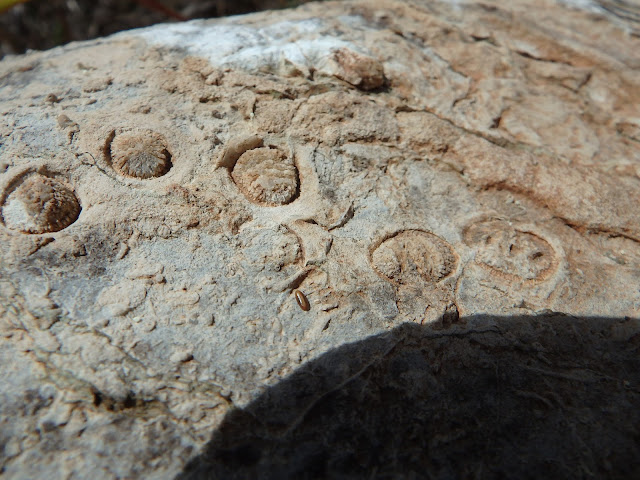 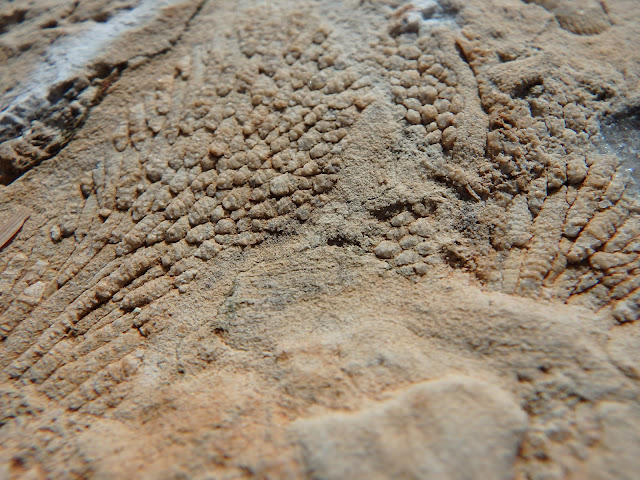