Shades of Red- The Dinosaur Footprints of Arizona's Painted Desert. 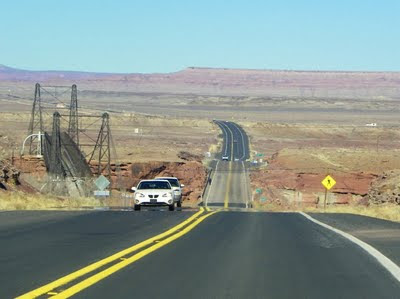 Driving along some of the straightest roads I have ever experienced, passing through the Painted Desert of northern Arizona is like traversing some alien landscape found in a crater on Mars or a Venutian canal. This image however is destroyed by all the barb wire fences and hill striding electricity towers and telephone cables criss-crossing the region, monoliths of the 20th century industries that have long since abandoned these rural regions. Today if a local from the area doesn’t want to work in a truck stop or one of the numerous fast food outlets that dot the highway like some bizarre road marker (next Macca’s in 2 miles), then they’re going to have to get creative. 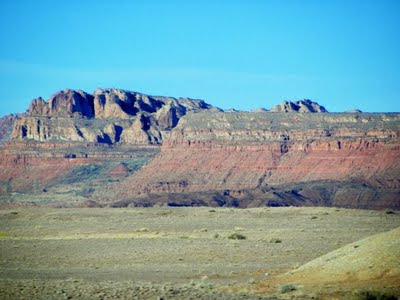 With heat mirages cutting the crest of every hill and filling every dip with a reflected blue sky, even in the middle of winter, every so often the highway turns a corner and the scenery suddenly changes. Rough, wind blasted towers of stone are replaced by what look like piles of mud pies made by giants. Another bend produces cake like hills with layers cut down their sides coloured with the darkest reds and the lightest shades of brown. It’s easy to see why the colonizing Spanish called the area ‘El Desierto Pintado.’ 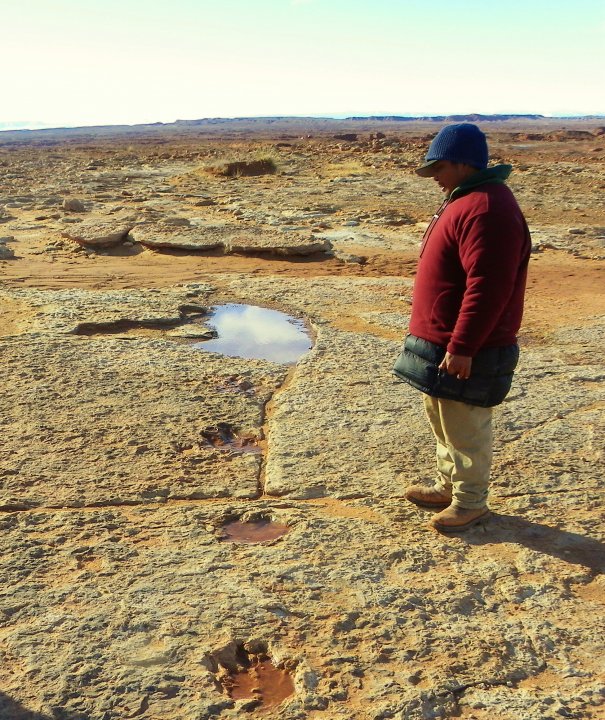 Just off Highway 160, along the road to the village of Monave is a large sign pointing to ‘Dinosaur Tracks’. Now generally when you pass a sign telling you that some spectacular sight is off the next right turn, you can expect another hour of driving to be added to your trip as nothing is ever near the highway. Turning onto the red dirt road the sign pointed to however, we drove less than 200 meters before reaching a collection of small wooden shacks where locals were hawking jewelry and local pottery. These stands literally line the highways in the area and as we were traveling through the regions off season, nine out of ten of them were closed.
Pulling up in front of a row of these sheds, one of  a group of men gathered just to the side of these stands approaches and asks if we want to see the dinosaur tracks, to follow him….just make sure we lock up our car first. He then throws a suspicious look and nod of his head at the group he had just left.
As we locked every door and tried to push every valuable we had under a seat, the man grabs a gallon jug of water, waits until we’re ready, then walks about ten paces before pouring some of the liquid into a tiny little impression at his feet. 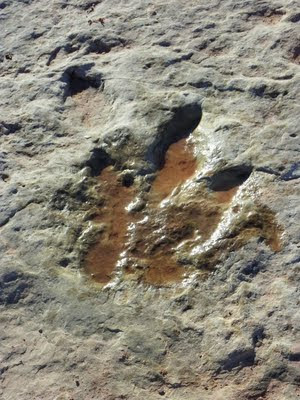 Almost instantly a very clear dinosaur footprint appears. Before either of us could say anything, he quickly splashes about a dozen more such impressions with the same result. Suddenly the flat rock plain comes alive with the tracks of a walking dinosaur.
Our ‘guide’ turns out to be a very softly spoken Navajo who works hard to avoid eye contact with us (something we later found out is something Navajos always do as they find eye contact disrespectful). He tells us his name is Morris Chee but everyone calls him Junior. While I’m busy snapping away at the footprints from every angle imaginable, my Girlfriend chats happily with Junior who slowly starts to open up.
Between points of information like ‘that big one’s from a T-rex’ or ‘These belonged to a Dilophosaurus’, our guide explains the land on this side of the highway is Navajo land while the Hopi own the other side. He proudly points to one area of hills and tells us many of his ‘brothers’ from there had been the Code Talkers (also known as Wind Talkers) the US Marines used during the Second World War in the pacific and many more ‘brothers’ similarly fought during Vietnam. 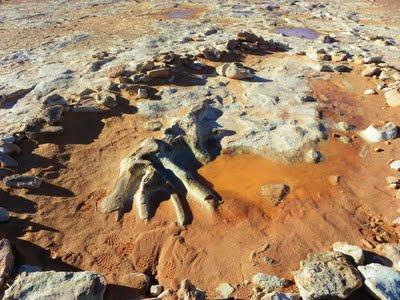 While showing us one of the larger holes where a dinosaur had been dug up and taken during ‘the 40’s’, Junior mentions how much he hates nearby Tuba City. Though he understands why it’s necessary as it contains the districts doctor and school, he prefers to live more traditionally (pointing to another distant hill line) in a place where a 100 or so families have given up the modern world and returned to a far more traditional existence. Turning back Junior smiles for the first time as he jokingly tells us we’d arrived at a pretty good time as normally ‘there’d be plenty more guides, all fighting over who got to take you into the field, but right now everyone was in church.’
Our tour took us on a path that only an experienced guide who’d travelled the invisible track hundreds of times before could see, though it soon became obvious any large ring
of stones signified something important contained within. The largest held the dilophosaurs that were taken, and which the Navajo were now fighting to get back so they could build their own museum, and an individual that still remained while another protected a single, dark brown claw still buried in the rock. 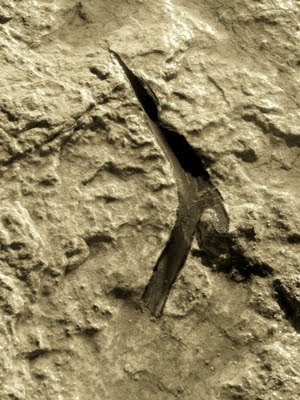 Reaching the far end of the track Junior turns and asks us if we enjoyed the tour and any ‘donation’ would be appreciated, though most people pay $10. All along I had been waiting for this, having experienced similar but unethical scams in Venice where you are taken to a glassworks and have to pay to be shown the way back to your hotel, so was ready to pay more than the ‘suggested’ price to this fascinating man who gave us a snapshot of an amazing life lived in one of the planets most incredible regions. I heartily recommend this area for a if visit if you find yourself heading to the Grand Canyon or Monument Valley. 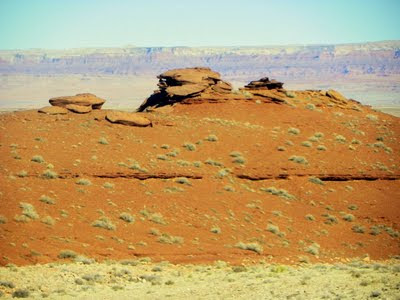 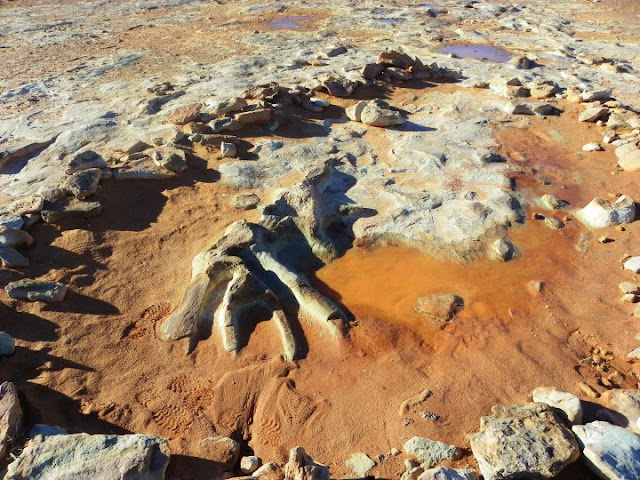